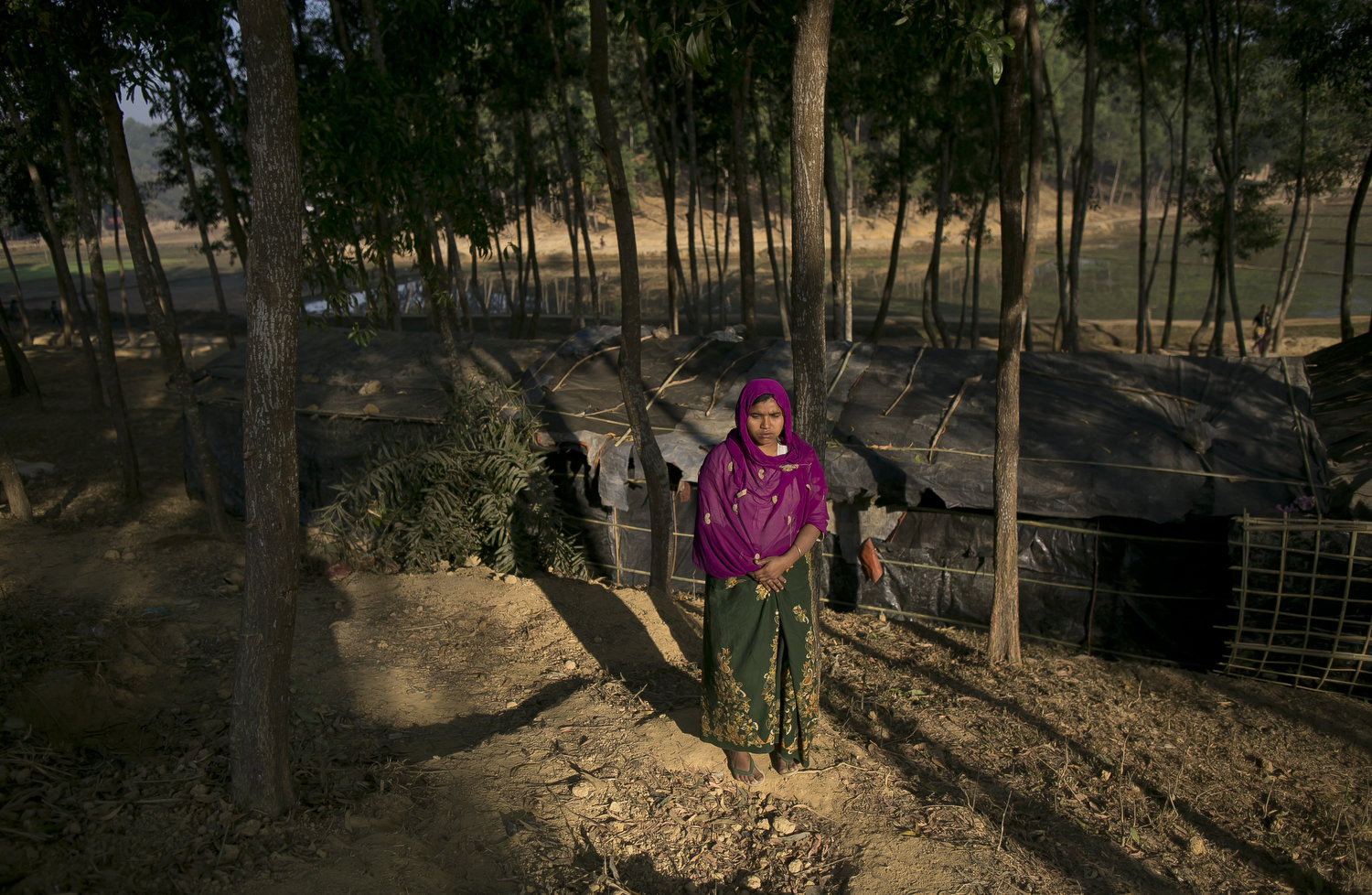 Elum Bahar poses for a photo in Kutapalong unregistered camp on January 18, 2017 in Coxs Bazar, Bangladesh. Alum, who is from Cheragpara village in Myanmar, saw all of her family, including her husband and daughter, killed by the military before she escaped and fled to Bangladesh 1 1/2 months ago. She says the military dragged her family's dead bodies into her home and set the house on fire after they killed them. "I saw all the men abducted and killed. Some of the females were raped, all were killed. What I saw was horrible" she says. More than 65,000 Rohingya Muslims have fled to Bangladesh from Myanmar since October last year, after the Burmese army launched a campaign it calls "clearance operations" in response to an attack on border police on October 9, believed to have been carried out by Rohingya militants. Waves of Rohingya civilians have since fled across the border, most living in makeshift camps and refugee centers with harrowing stories on the Burmese army committing human-rights abuses, such as gang rape, arson and extrajudicial killing. The Rohingya, a mostly stateless Muslim group numbering about 1.1 million, are the majority in Rakhine state and smaller communities in Bangladesh, Thailand and Malaysia. The stateless Muslim group are routinely described by human rights organizations as the "most oppressed people in the world" and a "minority that continues to face statelessness and persecution." (Photo by Allison Joyce/Getty Images)