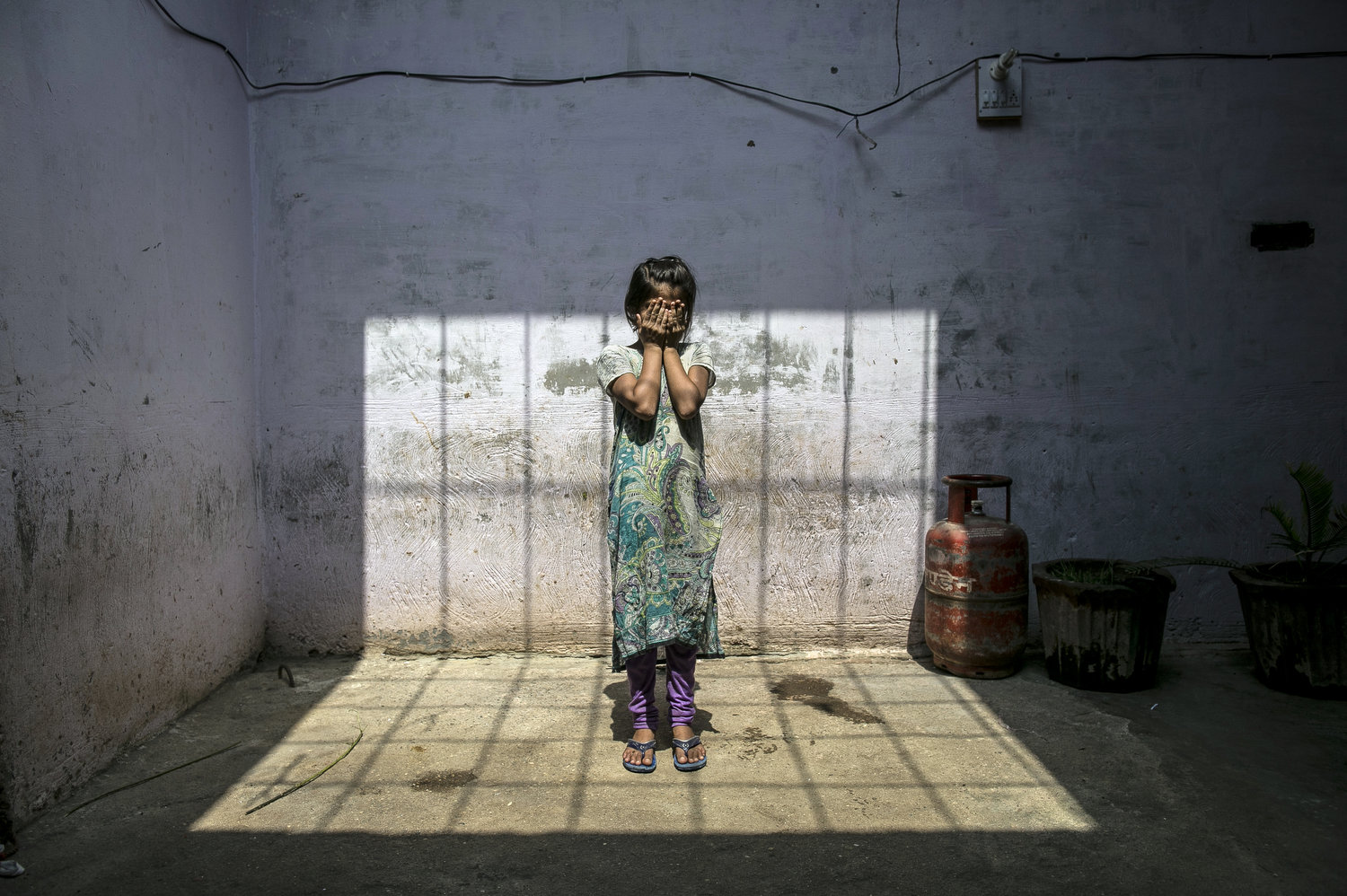 
UTTAR PRADESH, INDIA - SEPTEMBER 8: 8 year old Sadaf (name changed) stands for a photo in her home September 8, 2016 in Uttar Pradesh, India. 3 months ago she was raped by a doctor in her village. She was walking to the market to buy sweets for herself when the doctor, who her family estimates is around 50 years old, forcefully pulled her inside his clinic and raped her. Afterwards she stumbled out onto the street and fainted. The doctor's brother and friend found her and dumped her body at her home. When her family found her she was covered in blood and profusely bleeding. She told them what happened and they went to the police but the police refused to register a case, they said that they should compromise, because the doctor was offering them 2 lakh rupees (around $2,989) to drop the case. The family refused, and says "They destroyed the life of our child, how can we compromise?". They estimate that they and their neighbors had to go to the police station 10 times before the police agreed to register the case. For 5 days after the rape, Sadaf continued to bleed and they had to shuffle from hospital to hospital looking for a hospital that had facilities that could provide adequate care for her. Since the rape Sadaf has been sick and week and is too afraid to leave the house or return to school. The family is also afraid to let her leave the house because they say the rapist comes from a rich and powerful family and could harm her or kidnap her. Before the rape she enjoyed going to school and dreamed of being an English teacher when she grows up. She loved to play board games and cricket with her best friend, Nisha, but she hasn't seen her for 3 months. Sadaf's uncle, who is fighting the case, has taken out two loans to help pay for transportation to the court house and for lawyer bills. Every time he has to go to court he must take off work from his job as a day laborer. Sadaf's aunt says "For us, this is very difficult because the law doesn't support us. We hav