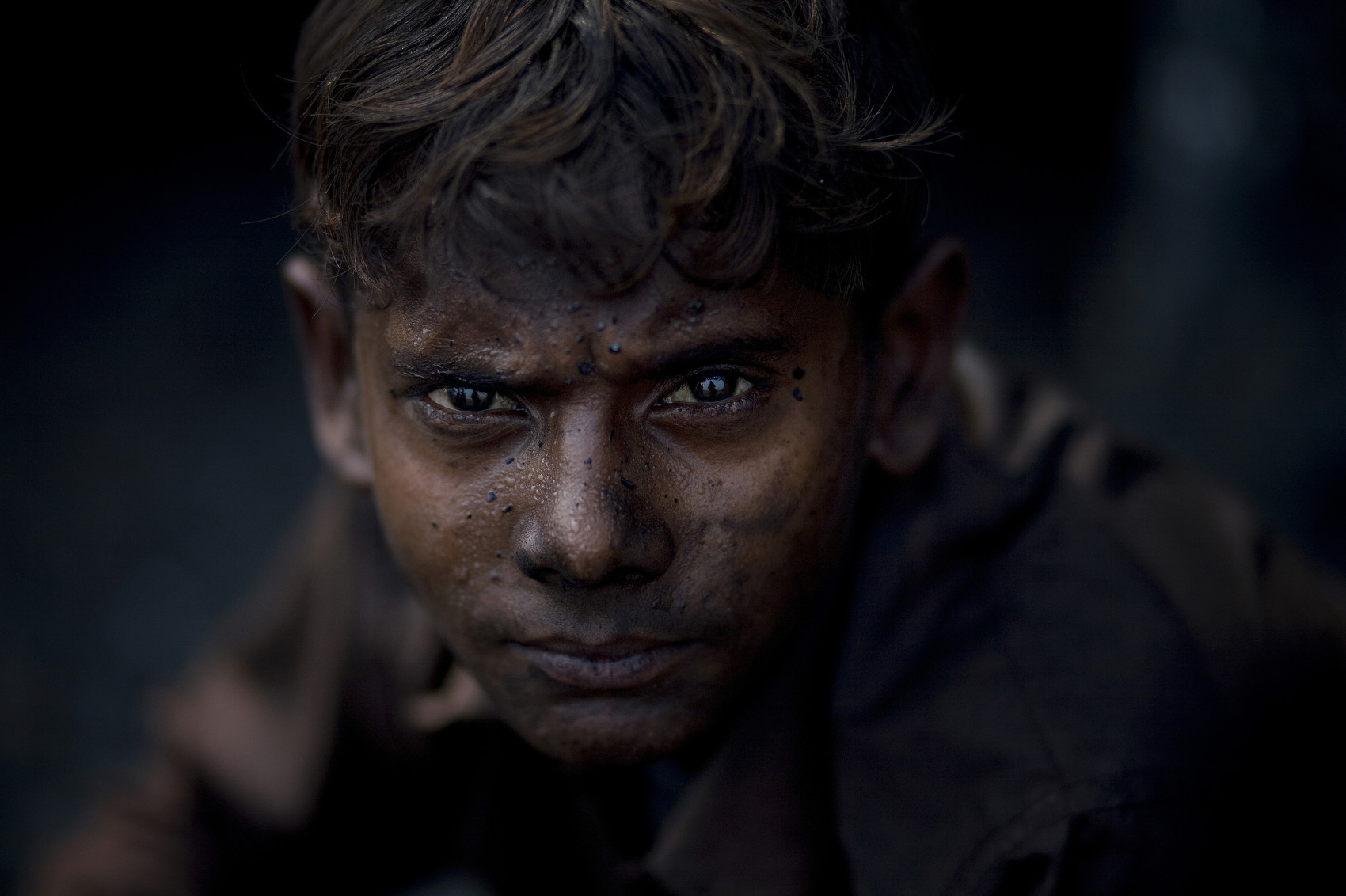 
A young child collects coal illegally from local open mines in Jharia, Jharrkhand, India, February 12, 2010. Women and children as young as 5 years old scavenge daily at the open and underground mines Jharia. The coal fields here were once used by companies, but then abandoned. The coal was exposed to the atmosphere, ignited, and underground fires spread across the towns. Locals in Jharia live over dozens of these underground coal fires that pump out toxic fumes and form fire pits that have led to several deaths and collapsed homes. They work alongside the fires, breathing fumes for up to 9 hours a day. The coal they collect earns them around $1 a day at the local markets. With coal scavengering a primary source of income for many residents, a proposed government relocation of residents is being met with resistance. Coal supplies 70% of India's energy and the largest concentration of the country's coal fields are in Jharrkhand.