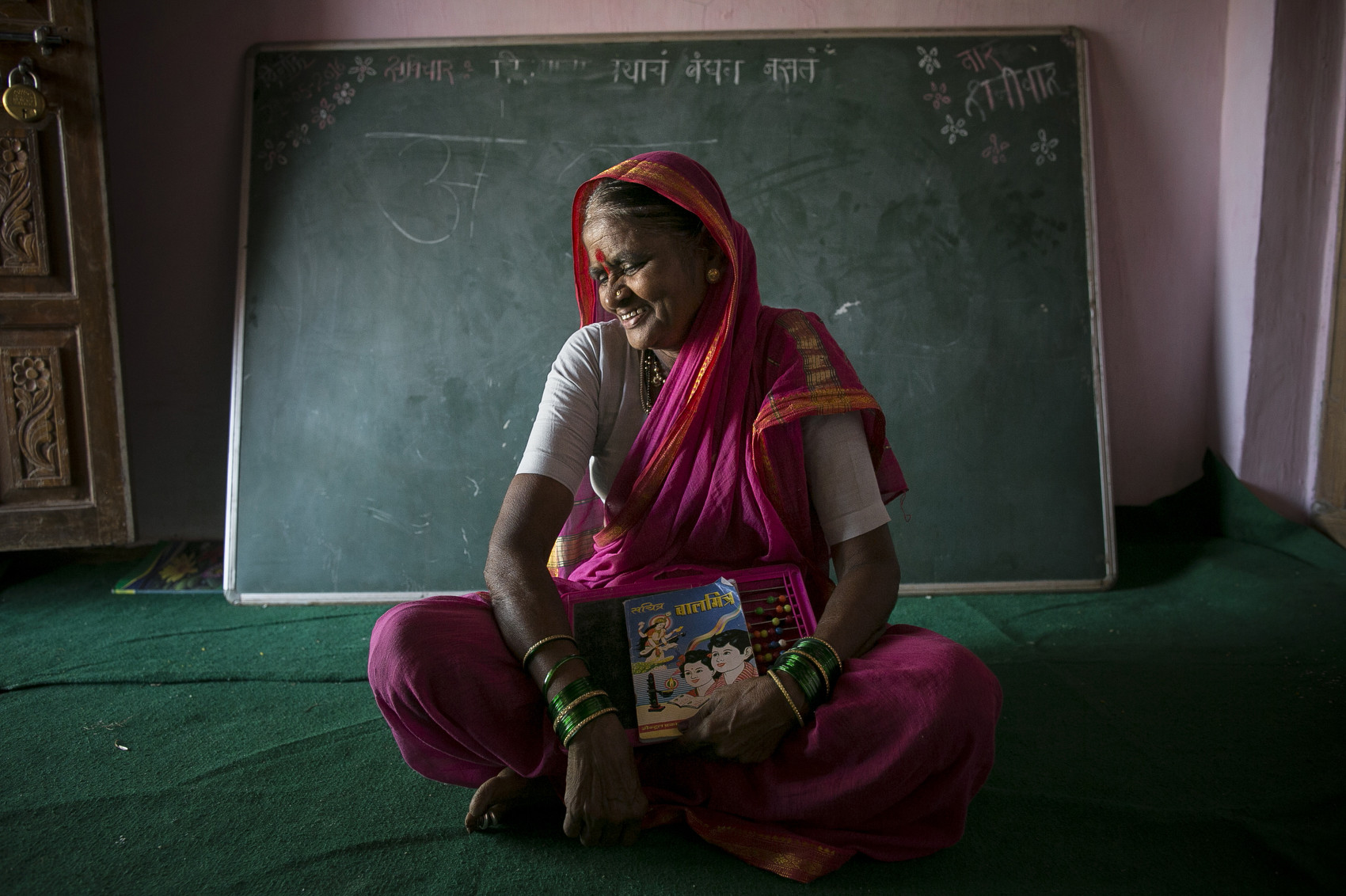 70 year old Nirmalabai Sakaram Kedar poses for a photo in her school. She was married at the age of 9, to a 25 year old man, and was sent to live with him when she turned 16. and never had the opportunity to go to school until now.

There are 30 elderly women between 60 and 90 years old who are going to school for the first time in their life at the Aajibaichi Shala or the Grandmothers’ School, in Phangane village of Thane district, India. Most of them were deprived of a formal education as a child. Their families were either too poor to afford their education or they simply thought “it was sheer waste of time and money to invest in a girl child’s studies”. The common perception was that the girls, many of whom would be married off while they were underage, were destined to do the household chores only. The school, which started on the International Women’s Day this March, aims to empower the elderly women and break the stereotypes.