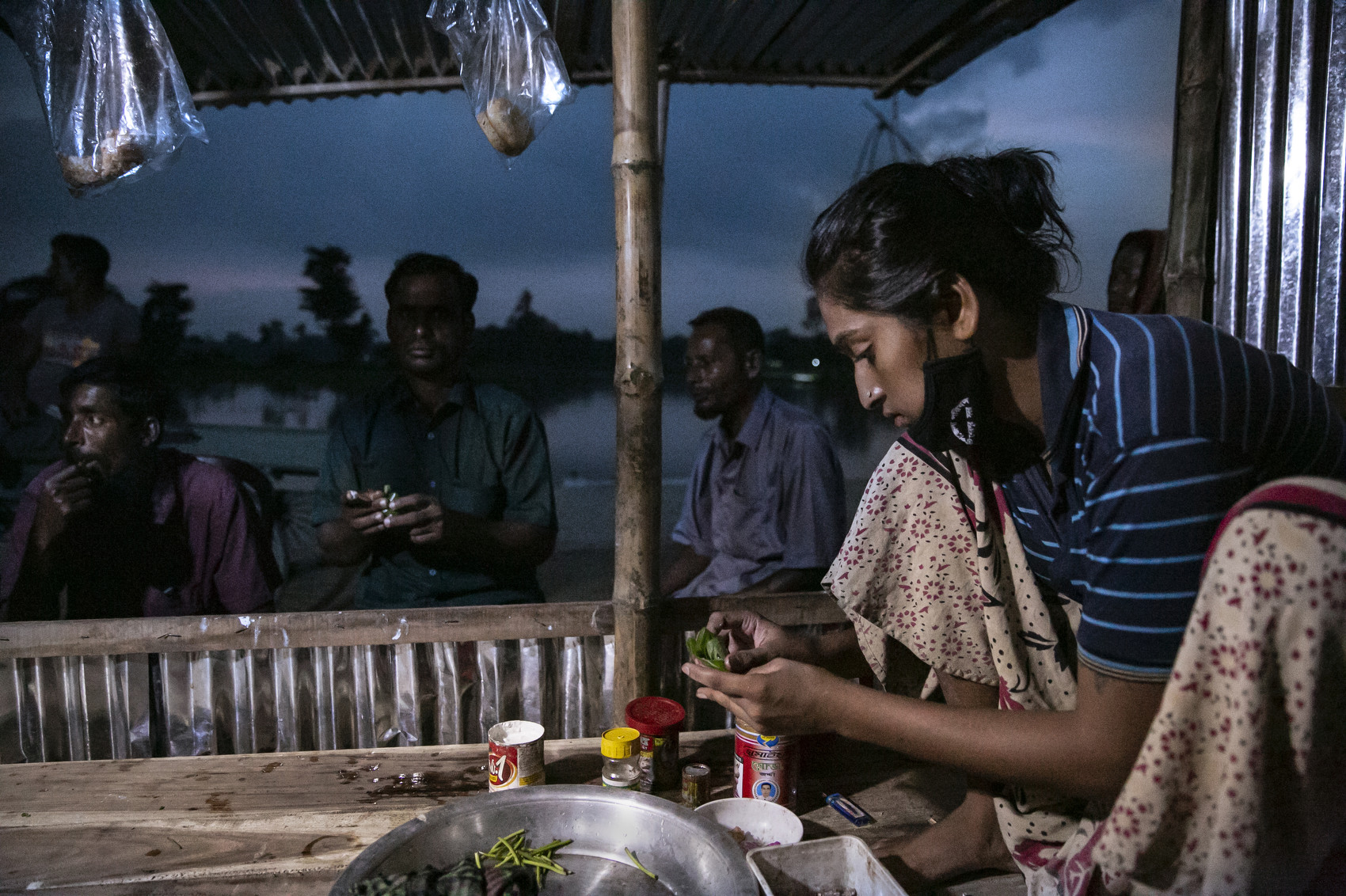 SHERPUR, BANGLADESH - SEPTEMBER 22: Boiskahi runs her shop on September 22, 2021 in Sherpur, Bangladesh. When Boishaki was young, her father died. When her mother got re-married Boishaki was sent to live with her grandmother. One day when she was young a group of Hijras spotter her at a marketplace and went to her grandmothers house to try to take her away with them. When her grandmother refused, the Hijras told her “just wait, she is one of us. She won’t stay with you for long”. Shortly after that, Boishaki ran away to go live with them. “Maybe if I got the love and affection from my parents then I could have stayed in the mainstream society, but I find that in the Hijra community instead.” Boishaki says. Before moving to the village, life was hard. She had to rely on extortion to make enough money to get by. But life in the new Hijra village is more respectable, she says. She runs a small shop with a grant given by the government. When the Hijras first moved in, things were not peaceful with the neighbors. There was an argument and one of the Hijras was stabbed. Law enforcement moved in quickly and arrested the man, sending the signal that the government is serious about protecting the Hijras. Things have been peaceful since. In South Asia, “hijras” are identified as a category of people who are assigned as male at birth but develop a feminine gender identity. They are generally outcasted from mainstream society, and have no other way of earning money other than harassing and extorting people for money. A new government initiative aims to change that. Recently, 40 Hijra were given homes, grants, loans, livestock, and livelihood training in an effort to make them self sufficient. (Photo by Allison Joyce/Getty Images)