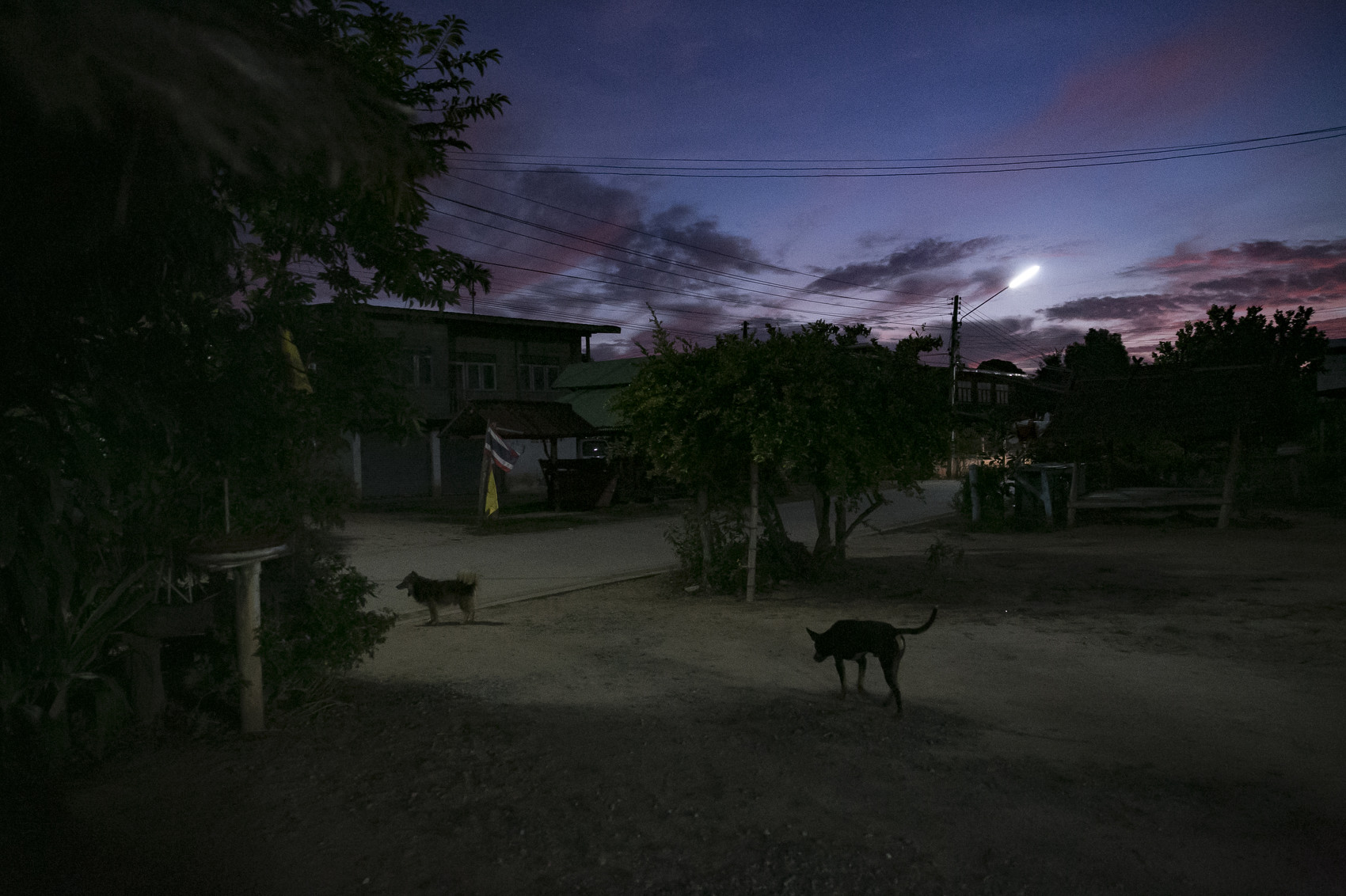 Dogs are seen at "A"'s grandmothers house in Isaan, Thailand

With entry into Thailand still restricted, and relatively few tour