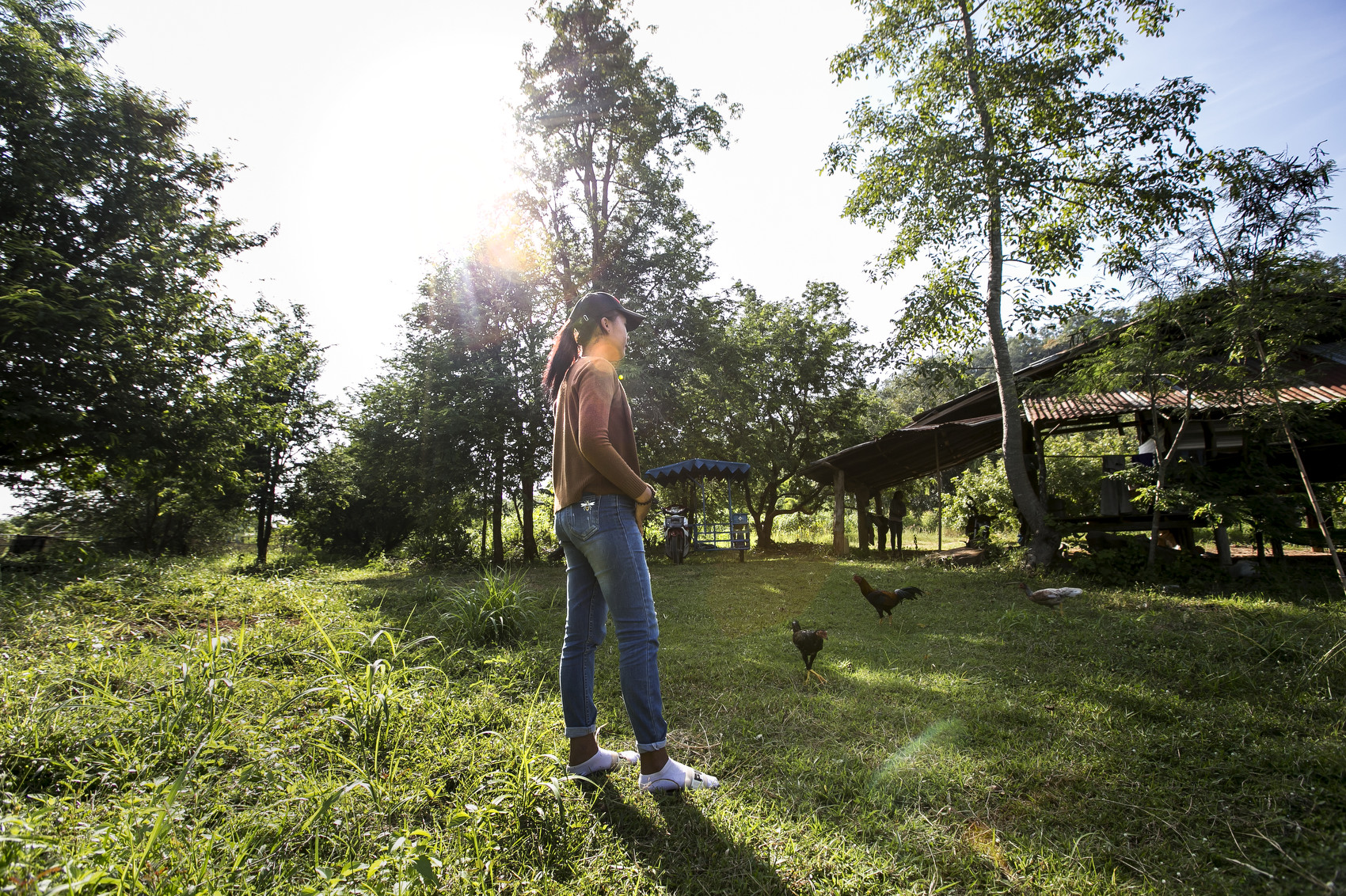 "A" poses for a photo at her family farm in Isaan, Thailand

With entry into Thailand still restricted, and relatively few touri