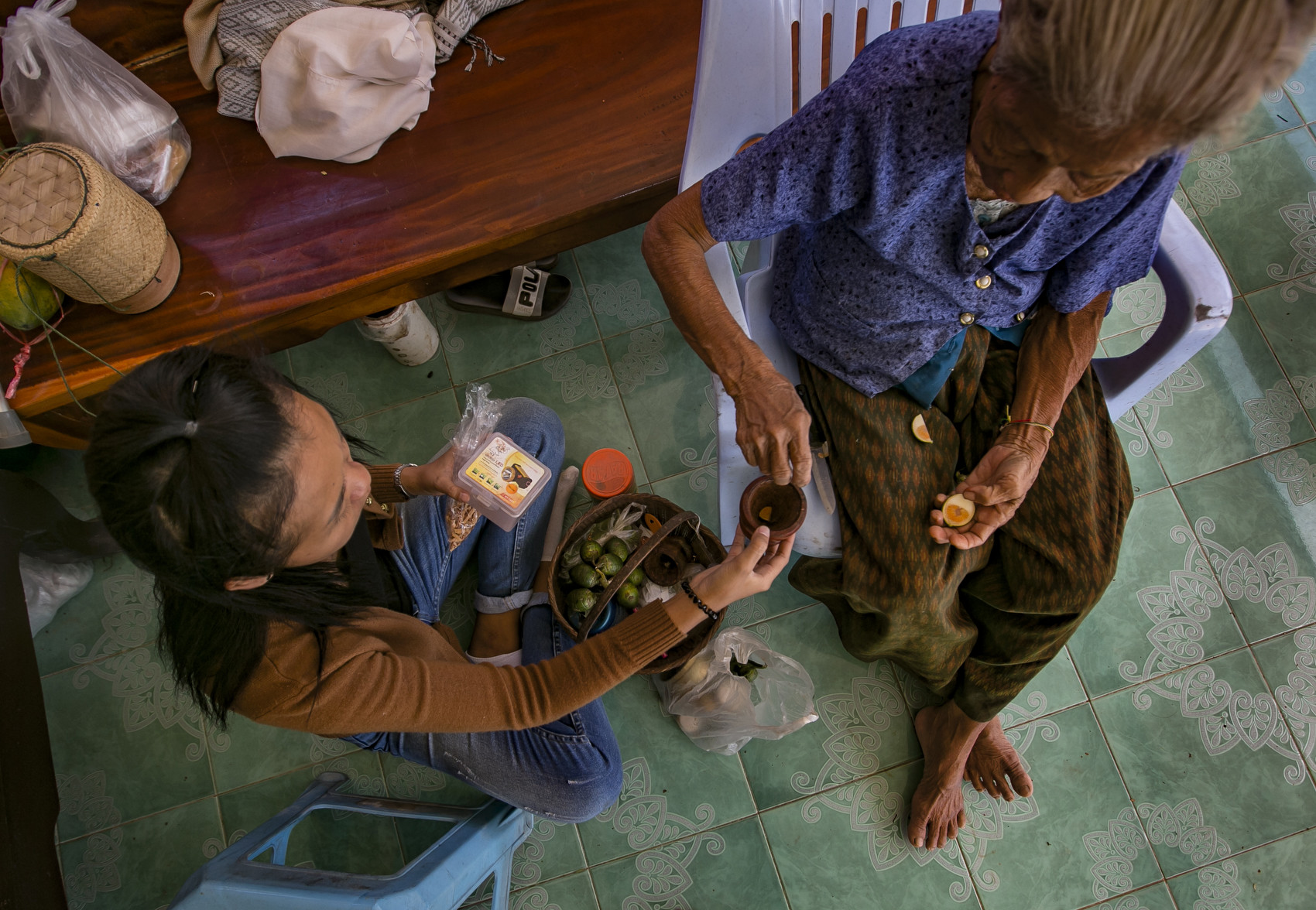 A 26-year-old woman whose first name is the letter "A," sat on the floor of her family's porch peeling betel nut and grinding limestone to make into traditional Thai betel chew for her grandmother.

Since A moved back home to Isaan province in February, she's been spending her time taking care of her grandmother and helping her parents and cousins in the fields. A moved to Phuket when she was 17. With the help of her aunt, who worked at a massage parlor, A got a job as a dancer in one of the island's bars, where she worked until she met her boyfriend, a German man who sent her a monthly stipend that allowed her to work at a souvenir shop instead, where she made less money. A's boyfriend was visiting Thailand in February and March as the scale of the pandemic started to unfold. As a foreigner, the Thai people they met eyed him suspiciously. They asked her how long he'd been in the country, trying to determine if he was a disease vector. When she brought him back to her family home in Isaan, A's mother decamped to the local temple, afraid she would catch COVID-19 from him. A knows the hardship the pandemic inflicts on people like her. Her friends, mostly dancers in Phuket who'd lost their jobs, flooded her with Facebook messages, desperate and asking for money. A's boyfriend, who went back to Germany in March, had to cut her stipend from about $1,000 a month to $150 every week or two, as his business struggled. Her backup plan of opening a food stand in front of her family home stalled; she only had enough money to buy three of the four cement posts she needs to build it, and they were stacked in the yard, muddy, vines beginning to climb up their sides. Still, A supports Thailand's strict measures against the coronavirus. "It's better to close the border," she says. While she understands that it's tough and she pities the people who have lost their jobs, she prefers safety to the money tourists would bring in. And at least there is an option for many of the sex work