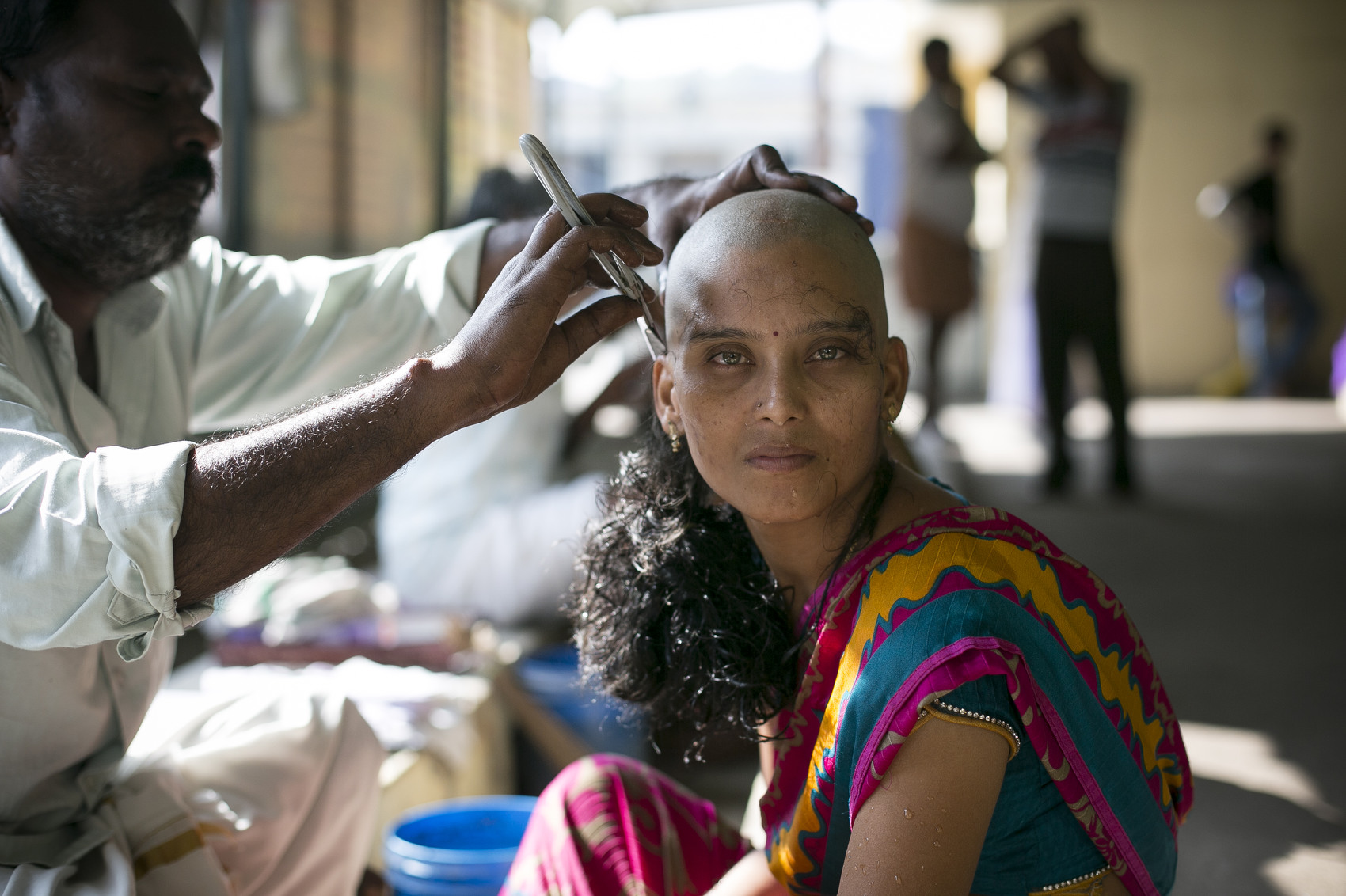 28 year old Rupa has her hair shaven to donate to the Gods at the Thiruthani Murugan Temple in Thiruttani, India. Rupa donated her hair with the wish that her daughter's illness is cured. The process of shaving ones hair and donating it to the Gods is known as tonsuring. It is common for Hindu believers to tonsure their hair at a temple as a young child, and also to celebrate a wish coming true, such as the birth of a baby or the curing of an illness. The "temple hair", as it's known, is then auctioned off to a processing plant and then sold as pricey wigs and weaves in the US, Europe and Africa.