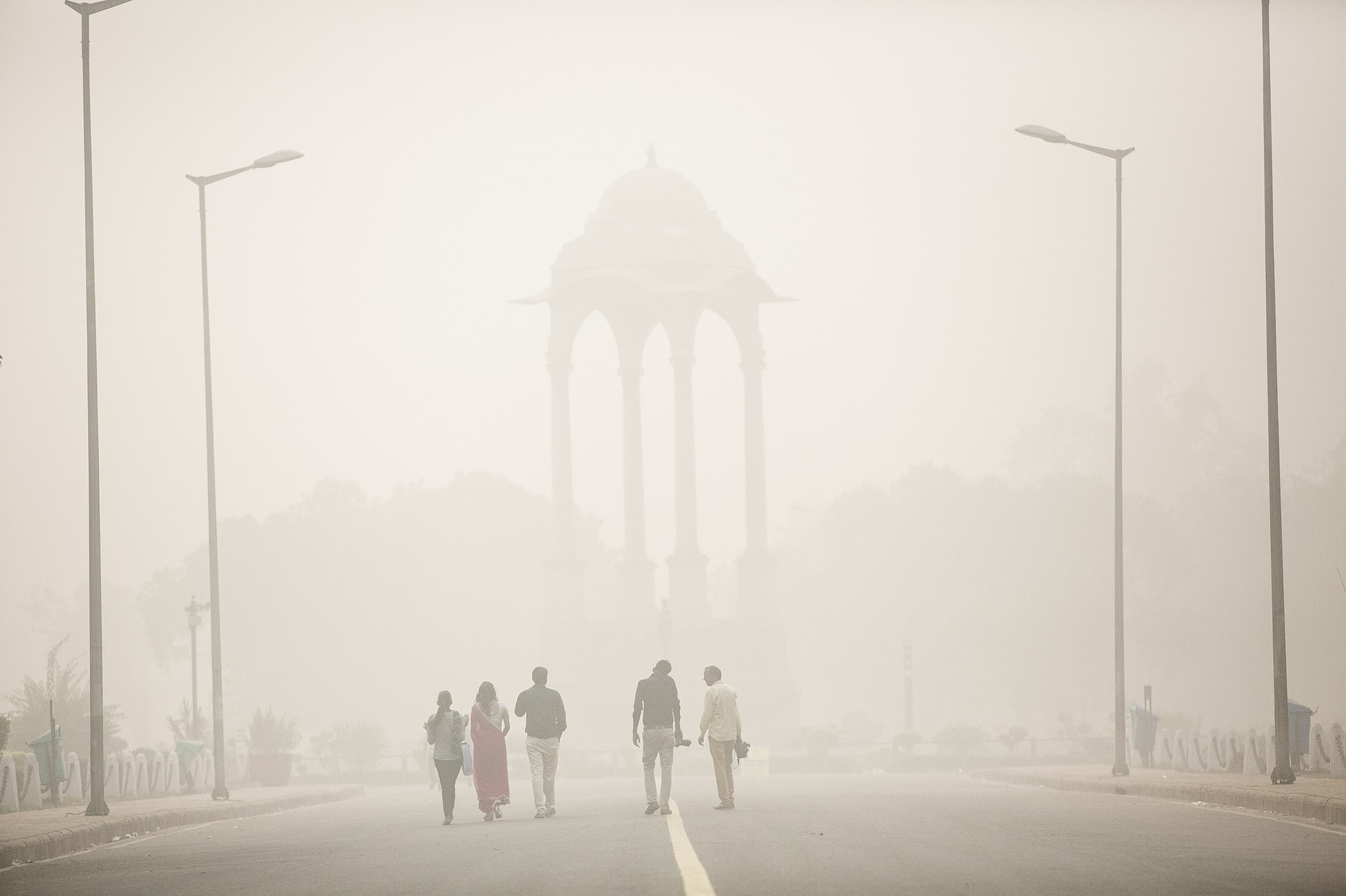 People walk near India gate amid heavy dust and smog in Delhi, India. People in India's capital city are struggling with heavily polluted air after low winds, holiday fireworks residue and crop-burning in neighboring states contribute to the haze, which has reduced visibility to 400 meters. The pollution levels have risen to 15 times more then the safe limit, a news reports said. Thousands of schools have been ordered closed, cricket matches canceled and residents warned to stay inside. The US embassy has said that it is "very concerned" about the impact of the pollution on Americans living in Delhi and the public at large.