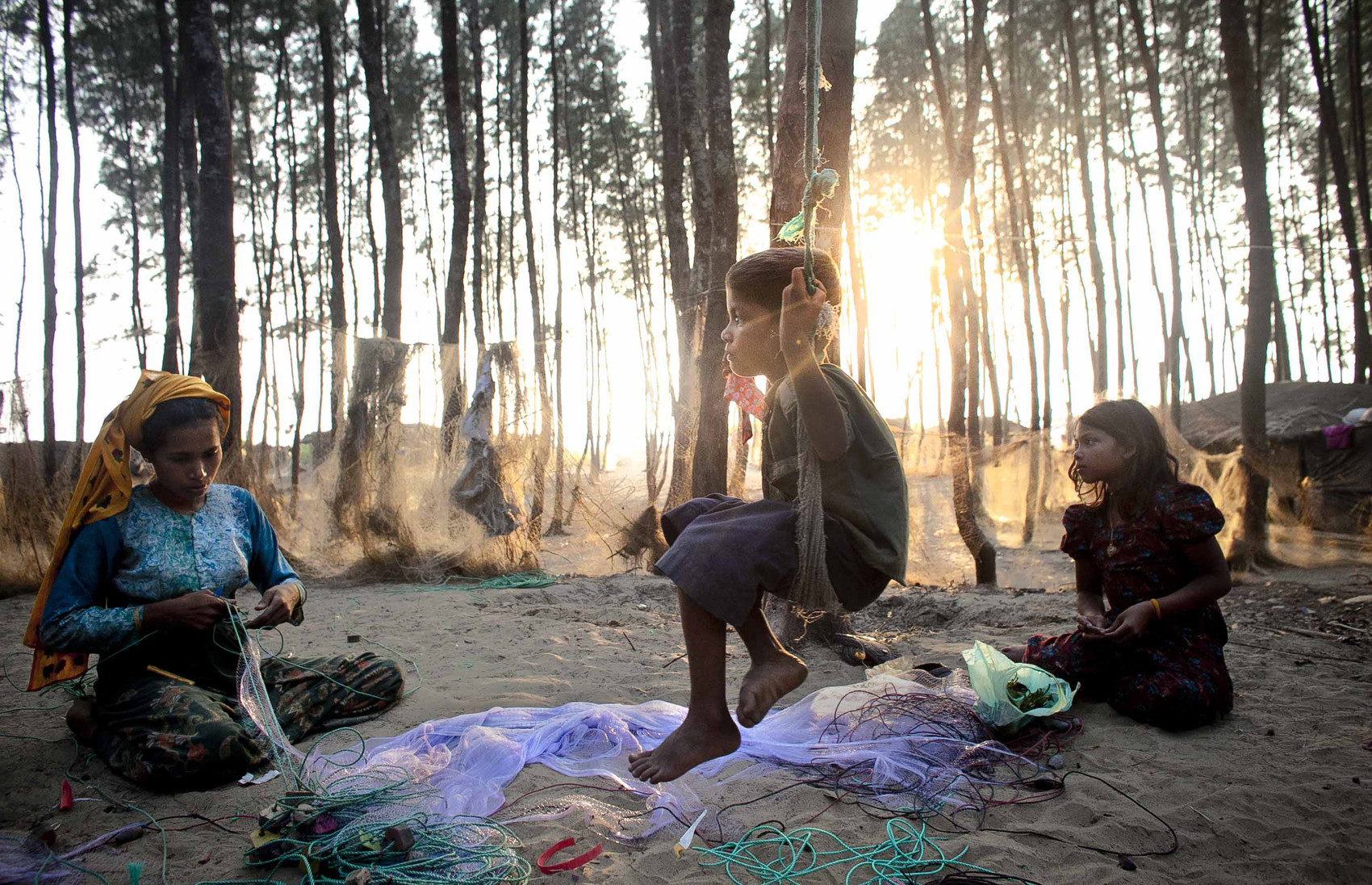 32 year old Mahada Khatum, 5 year old Hasan Sharif, and 9 year old Umma Kulsum are seen outside their home in the Shamalapur Rohingya refugee settlement in Chittagong district, Bangladesh. 12 years the family escaped violence and discrimination from the Zomgara Baharchara village in the Meherulla district of Myanmar. Last week Tomás Ojea Quintana's, the UN special rapporteur on Human Rights, said that recent developments in Myanmar's Rakhine state were the latest in a "long history of discrimination and persecution against the Rohingya Muslim community which could amount to crimes against humanity", and that the Myanmar government's decision not to allow Rohingya Muslims to register their ethnicity in the March census meant that the population tally was not in accordance with international standards. Over the years hundreds of thousands of Rohingya refugees have taken refuge in Bangladesh to escape the deadly sectarian violence in Myanmar.