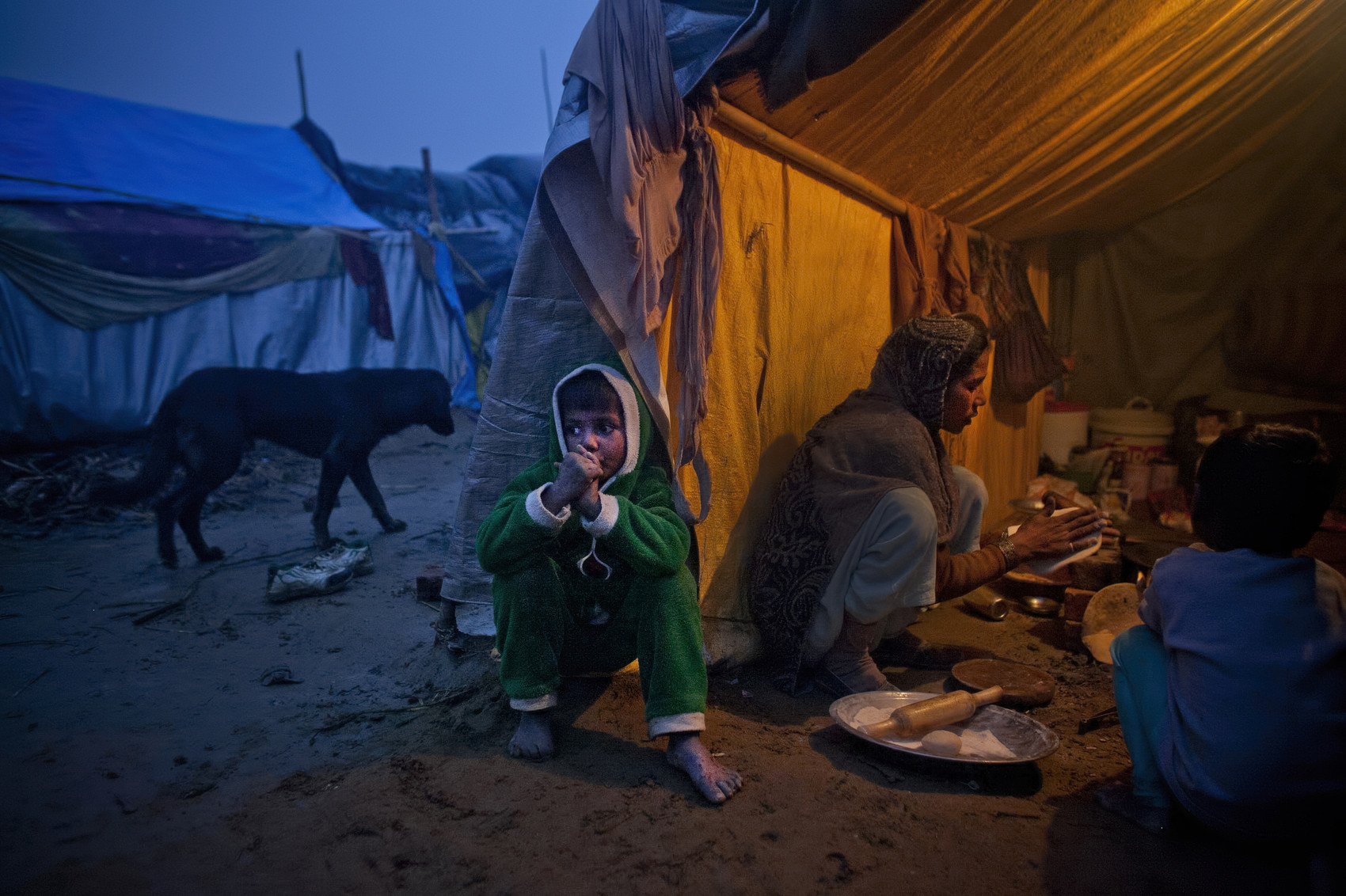 A child sits outside his tent while his mother cooks in the Malakpur relief camp in the Shamli district of Uttar Pradesh, India. Riots between Muslims and Jat Hindus broke out at the end of August and lasted until the beginning of September, 2013. More than 55 people were killed, hundreds were injured, at least 6 women were gang raped, and almost 50,000 people fled to relief camps in the immediate aftermath. The cold winter has led to the death of over 34 children in the relief camps. (Photo by Getty Images/Getty Images)