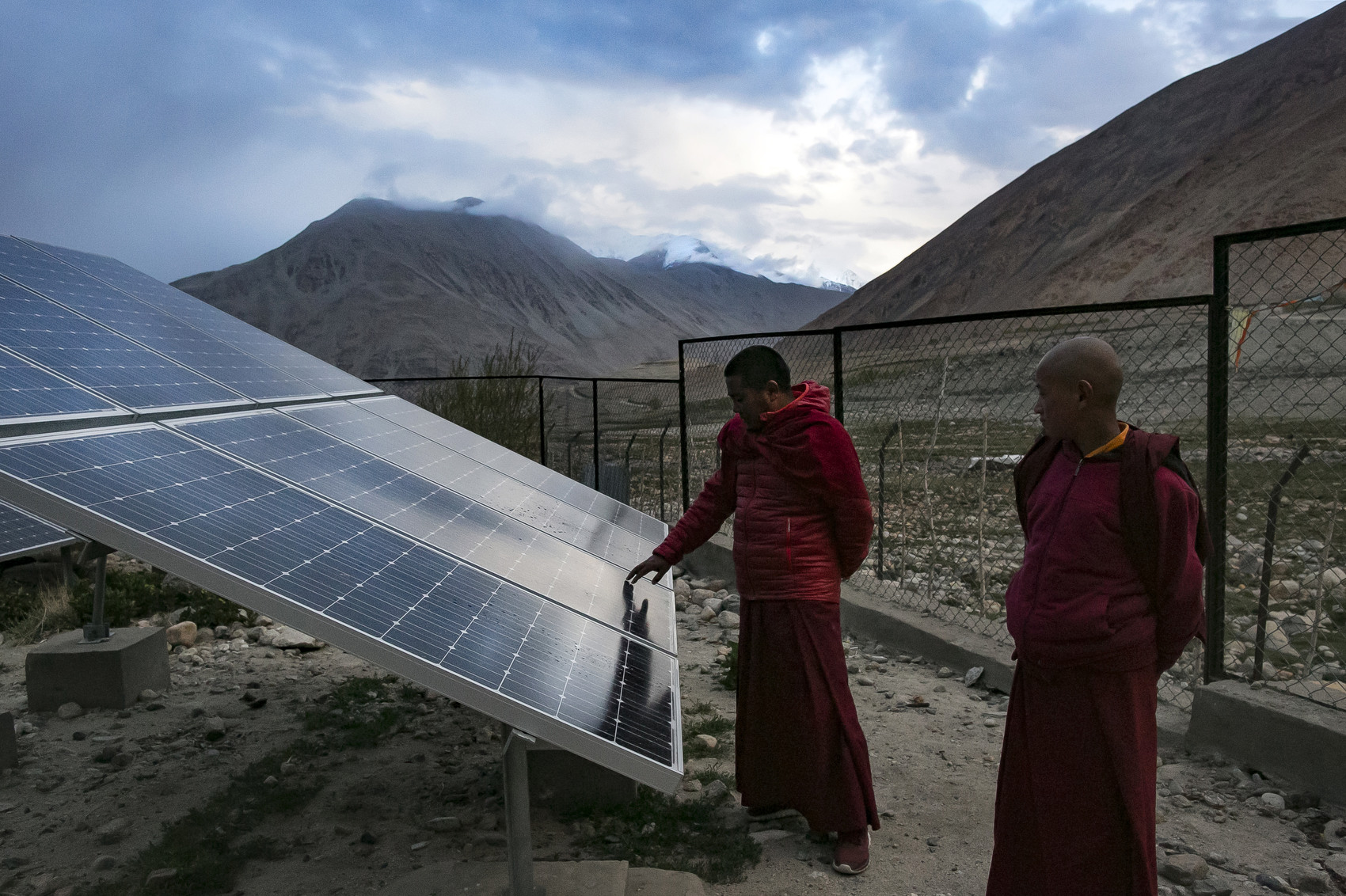 Monks touch solar panels at the Shachukul Monastery, of which the dormitory and school are reliant on solar energy, in Chosling village in Ladakh, India. Speaking two days after US President Donald Trump announced plans to withdraw from the Paris agreement on climate change, Indian Prime Minister Narendra Modi said that India was “part of the world’s shared heritage” and that India would “continue working...above and beyond the Paris accord”. India saw nearly $10 billion invested, both in 2015 and in 2016, in renewable energy projects. (Photo by Allison Joyce/Getty Images)