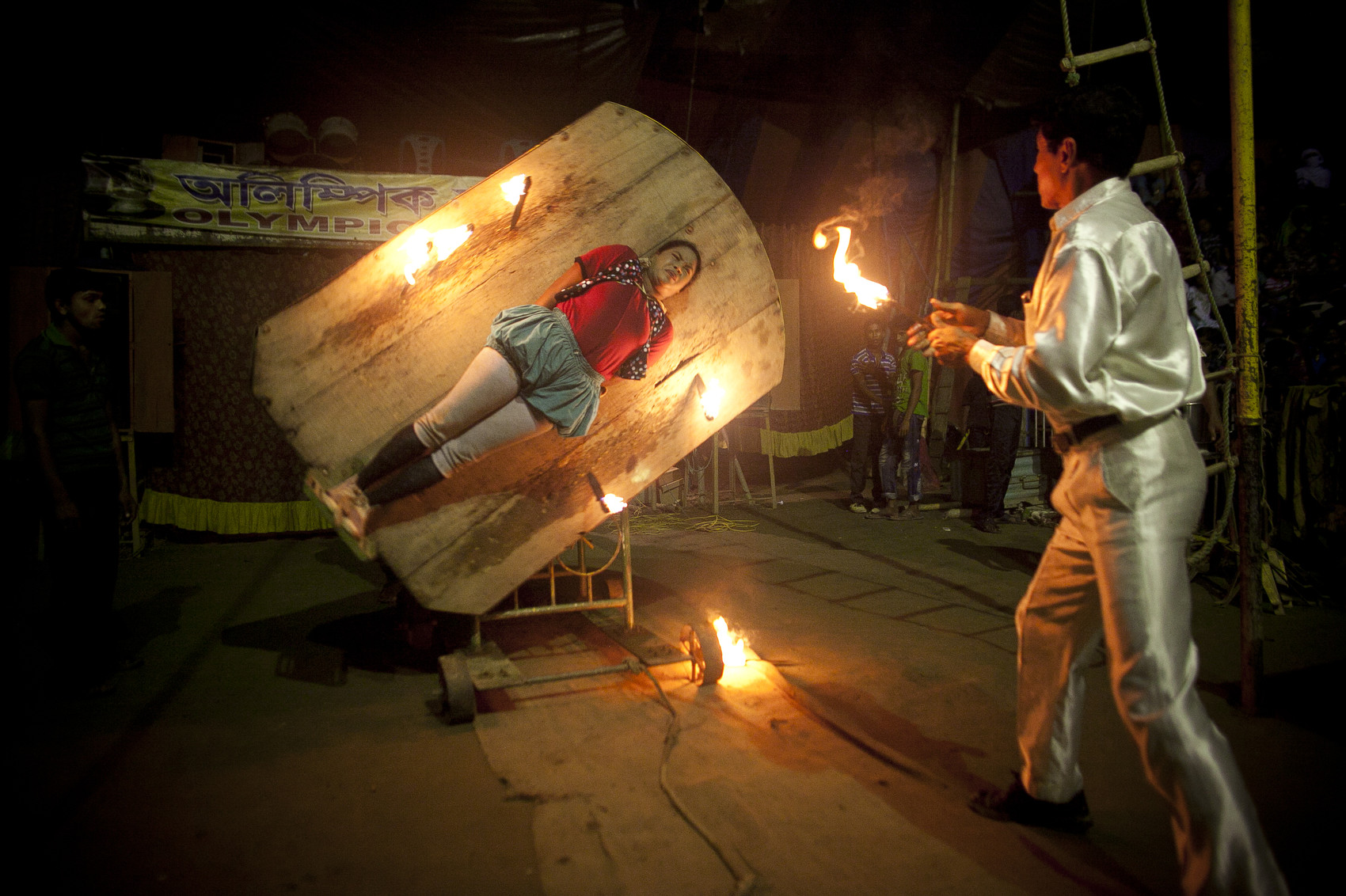 Sheuliy, shuts her eyes as Rezaul Karim throws flaming knives at her during a performance at the Olympic Circus in Jamsha, Bangladesh. Sheuliy, who doesn't know her age, got married to another circus worker when she was 10 or 11 years old. She never had a chance to go to school. Rezaul, who is 52 years old, joined the circus when he was a teenager. He dropped out of school when he was 12 years old. Rezaul enjoys his work in the circus. He like performing and watching his friends perform, and he enjoys the music. Generations of low income families are born into circuses with rarely the hope of ever working in different profession or escaping the harsh realities of the circus. The children, often very young, are trained to be full working members usually without the opportunity for an education. As modernization slowly takes over landscape of Bangladesh, the circus is a dying art form and is moving further and further away from mainstream entertainment.