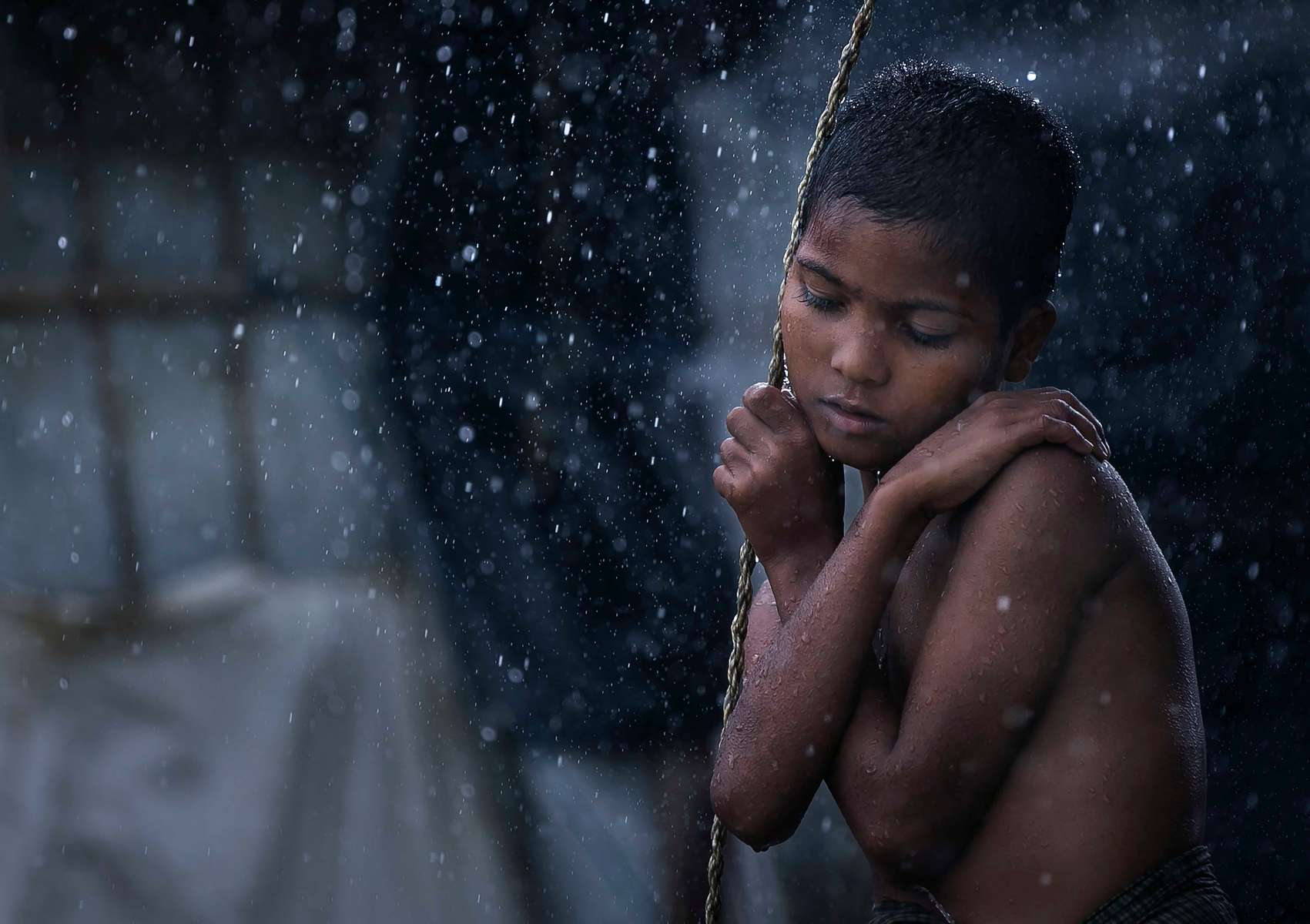 A Rohingya refugee is seen during a rainstorm at Nayapara refugee camp in Cox's Bazar, Bangladesh. Rohingya refugees said on August 21st that they did not want to return to Myanmar without their rights and citizenship, as repatriation is set to start on August 22nd. August 25th marks the second anniversary of the Rohingya crisis in Bangladesh. Myanmar's military crackdown on the ethnic Muslim minority forced over 700,000 to flee to Bangladesh from violence and torture. The United Nations has stated that it is a textbook example of ethnic cleansing.