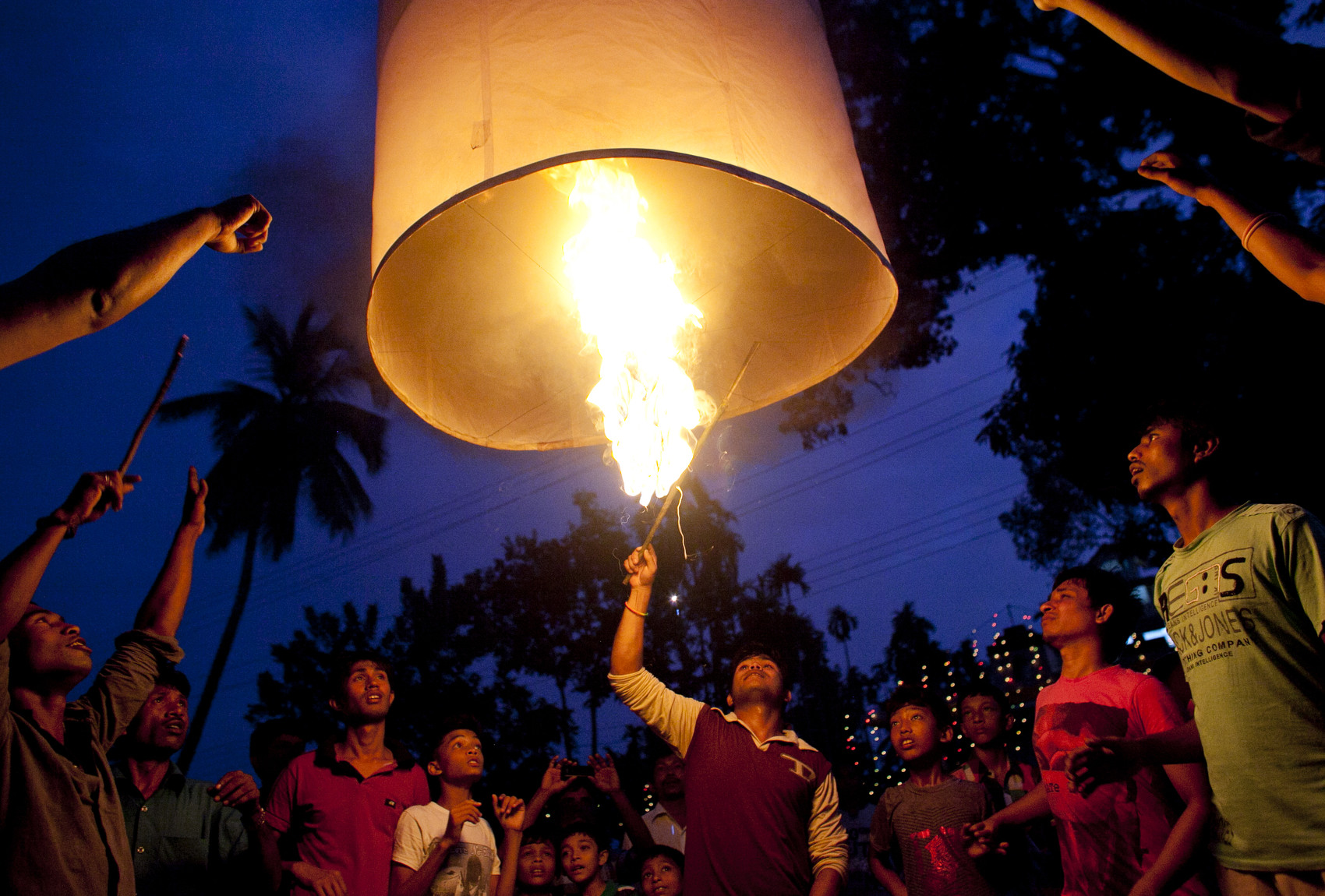 Bangladeshi Buddhists light a large paper balloon into the sky during Probarona Purnima in Ramu, Bangladesh. The Probarona Purnima festival celebrates the conclusion of the three-month long seclusion of the monks inside their monasteries for self-edification. Last year, on September 29th 2012 a muslim mob attacked and destroyed temples and homes of Buddhists after an anonymous person posted a photograph of a desecrated Quran on a local Buddhist boy's facebook wall. The community did not participate in Probarona Purnima last year in protest of the attacks.