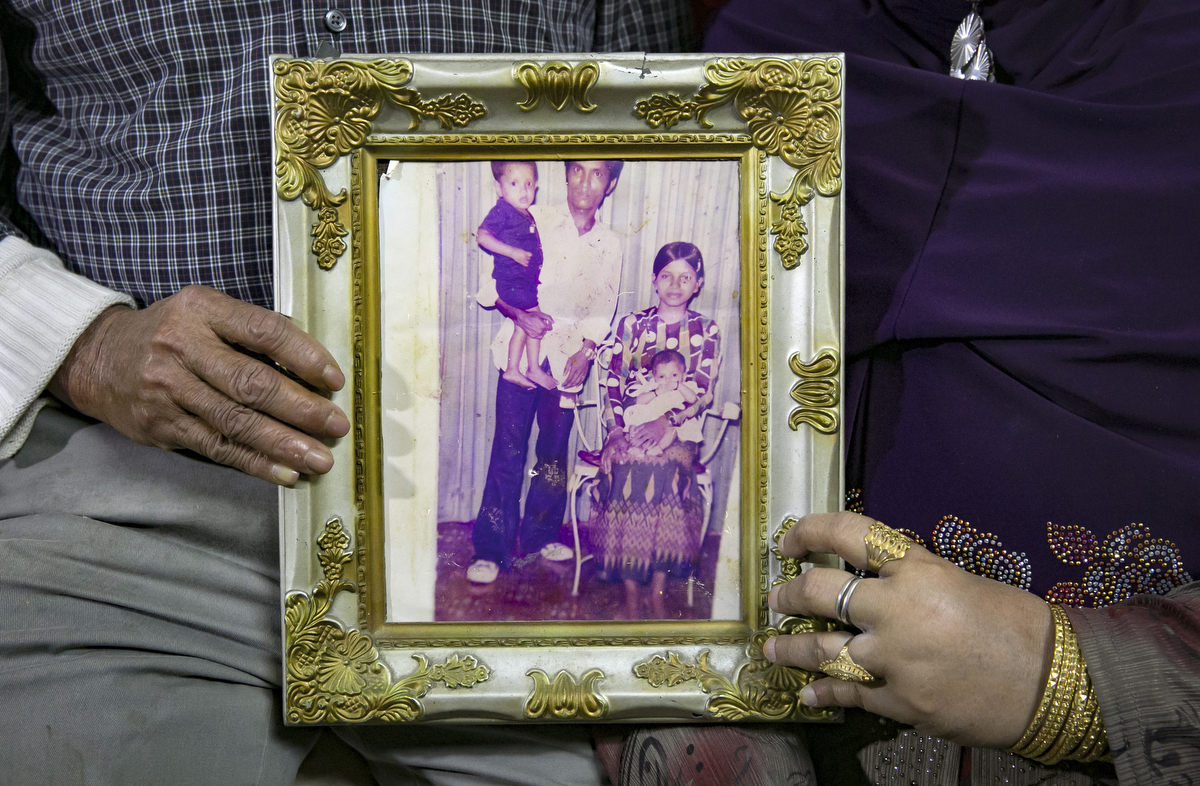 Mohammad Shukor and his wife Noor Jahan hold a photograph of themselves with two of their 11 children, taken in Thailand in 1980, on January 12, 2019 in Chicago, Illinois. The Shukor family arrived in Chicago in 2014 from Malaysia. Mohammad Shukor fled Myanmar in 1978 after the military shot him and arrested his father, who died in jail. He fled to Thailand by boat and spent 5 years there before making his way to Malaysia with his family. In Malaysia he and his family were denied an education, had to work illegally, and were frequently arrested and harassed by authorities. When he and his family were resettled in the US he says he "felt so happy to finally have a country, to finally have a place to call home".