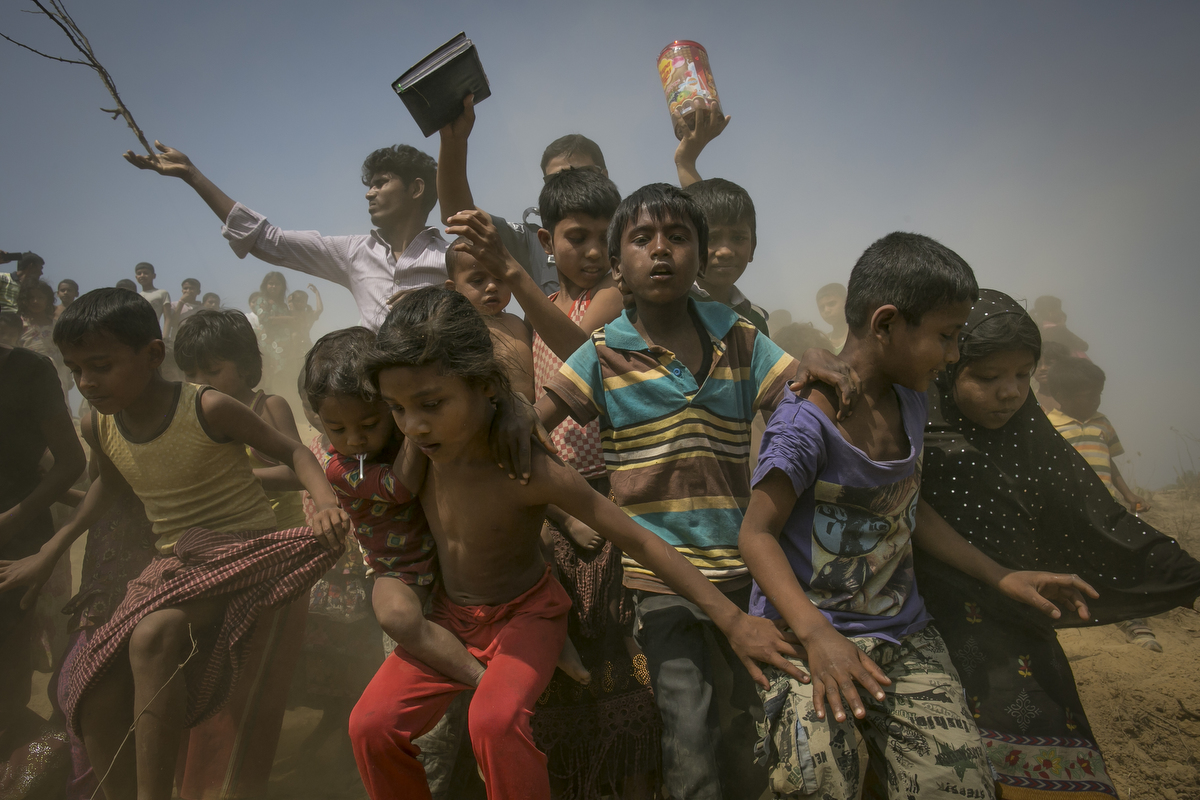 CHITTAGONG, BANGLADESH - FEBRUARY 15: The crew of the Nautical Aliya provides relief to Rohingya refugees on February 15, 2017 in Chittagong, Bangladesh. The Rohingya aid ship, Nautical Aliya, carrying 2,200 tons of rice, emergency supplies and aid-workers, docked at Chittagong Port, about 140km from Cox's Bazar where thousands of Rohingya Muslims take refuge. Around 70,000 Rohingya Muslims have fled to Bangladesh from Myanmar since October last year after the Burmese army launched a campaign it calls 'clearance operations' in response to an attack on border police. According to reports, Bangladesh plans to proceed with a controversial plan to relocate tens of thousands of Rohingya refugees from Myanmar to a remote island in Bay of Bengal, despite warnings it is uninhabitable and prone to flooding. The Rohingya, a mostly stateless Muslim group numbering about 1.1 million, are the majority in Rakhine state and smaller communities in Bangladesh, Thailand and Malaysia. (Photo by Allison Joyce/Getty Images)