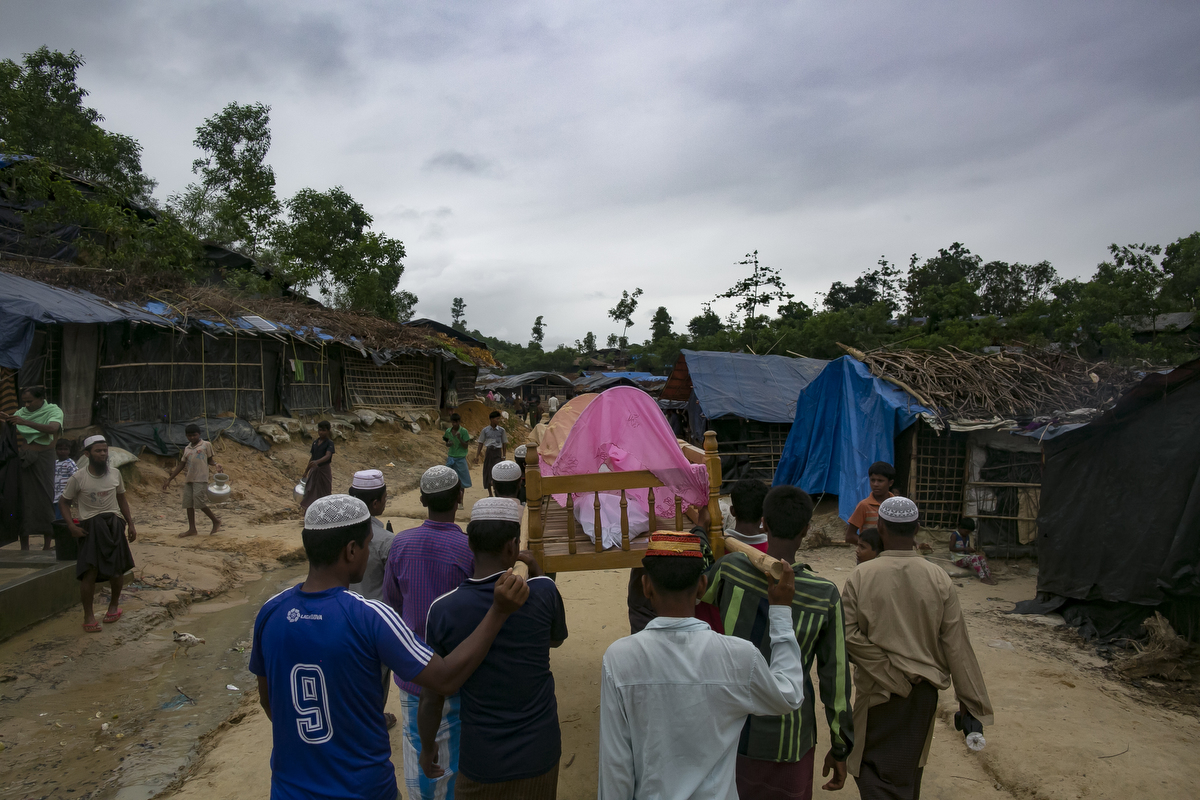 The body of 70 year old Khatiza Begum is laid to rest in the Balukhali camp in Cox's Bazar, Bangladesh. Khatiza Begum had to flee Kinoce village in Myanmar two weeks ago after the military and local Buddhists attacked and started burning people and houses, shooting people and hacking them with machetes. For 4 days she and her family hid in the jungle and then, due to her old age and asthma, she had to be carried over hills and through paddy fields for 11 days until she and her family reached Bangladesh. For 11 days she and her family slept on riverbanks and under trees. A few days after she reached the camp she started having trouble breathing, which was exacerbated by the constant rainfall and bad camp conditions. She saw a doctor but was not given medication that helped. On September 18th early morning she passed away.