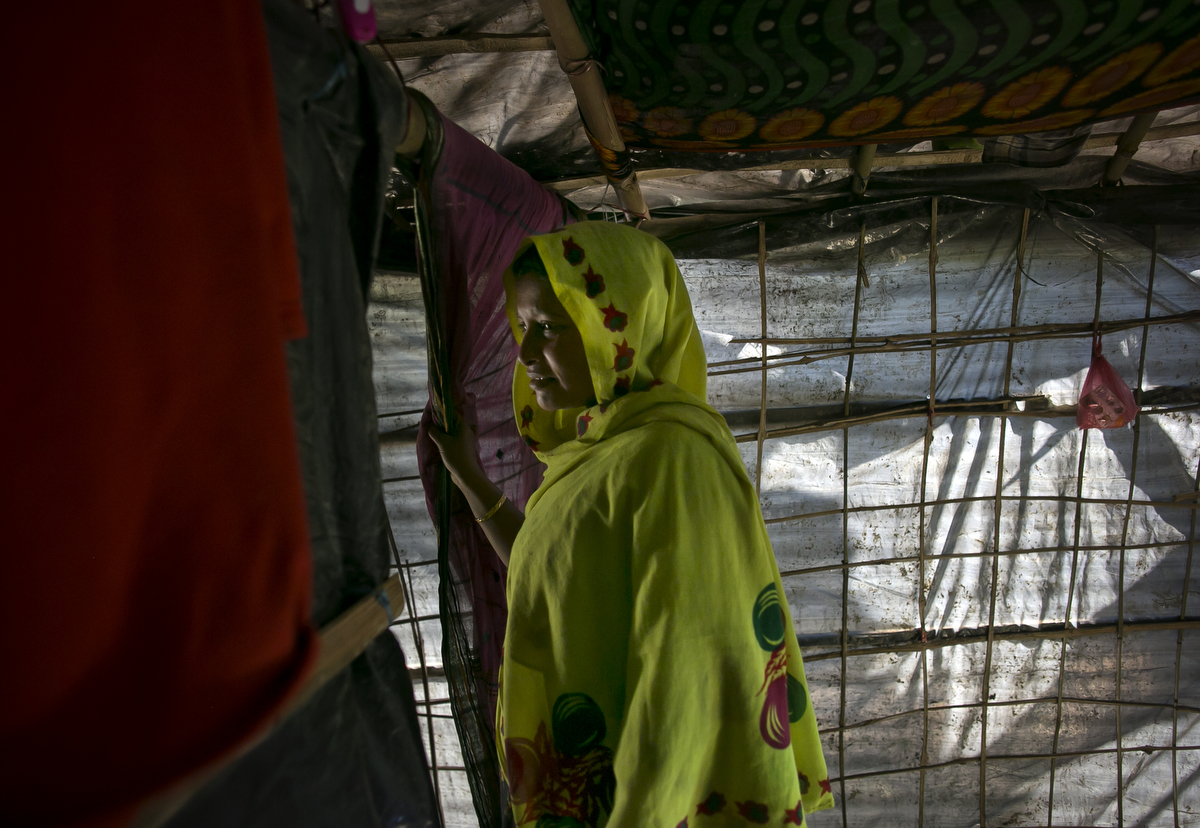 Nojiba is seen in her makeshift house that she shares with 14 other refugees in Kutalong Rohingya refugee camp in Cox's Bazar, Bangladesh. Nojiba came to Bangladesh 2 months ago from Delpara village in Myanmar. She describes a happy life living in Myanmar until 3 months ago when the military suddenly started coming to her village, beating, killing and harassing people. "I felt scared, I prayed and read the Koran, hoping to feel better. I lived in a constant state of fear." Nojiba says "The day before I fled to Bangladesh the military came again to our village. They found the place in the bush where I was hiding with other women and girls. They took the young girls into nearby houses and beat and raped them. I could hear their screams. One soldier put a gun to my head and said "Let's go". I started screaming and fighting back and 3 men dragged me to a room in a nearby house. They held a gun to my head and two soldiers took turns raping me for an hour." The next day she and her family decided it was time to flee to Bangladesh. They had to walk all day to the Naf river that separates Myanmar from Bangladesh. "My whole body hurt. I thought that I couldn't keep walking, I felt weak." They paid a boatman to help them cross the river and they finally made it to Kutapalong refugee camp in Bangladesh. "We don't have enough to eat here, but at least we can sleep well and it's safe enough that my children can leave the house." She has been getting mental health counseling from Doctors Without Border and says that "I want to move past my sorrows."