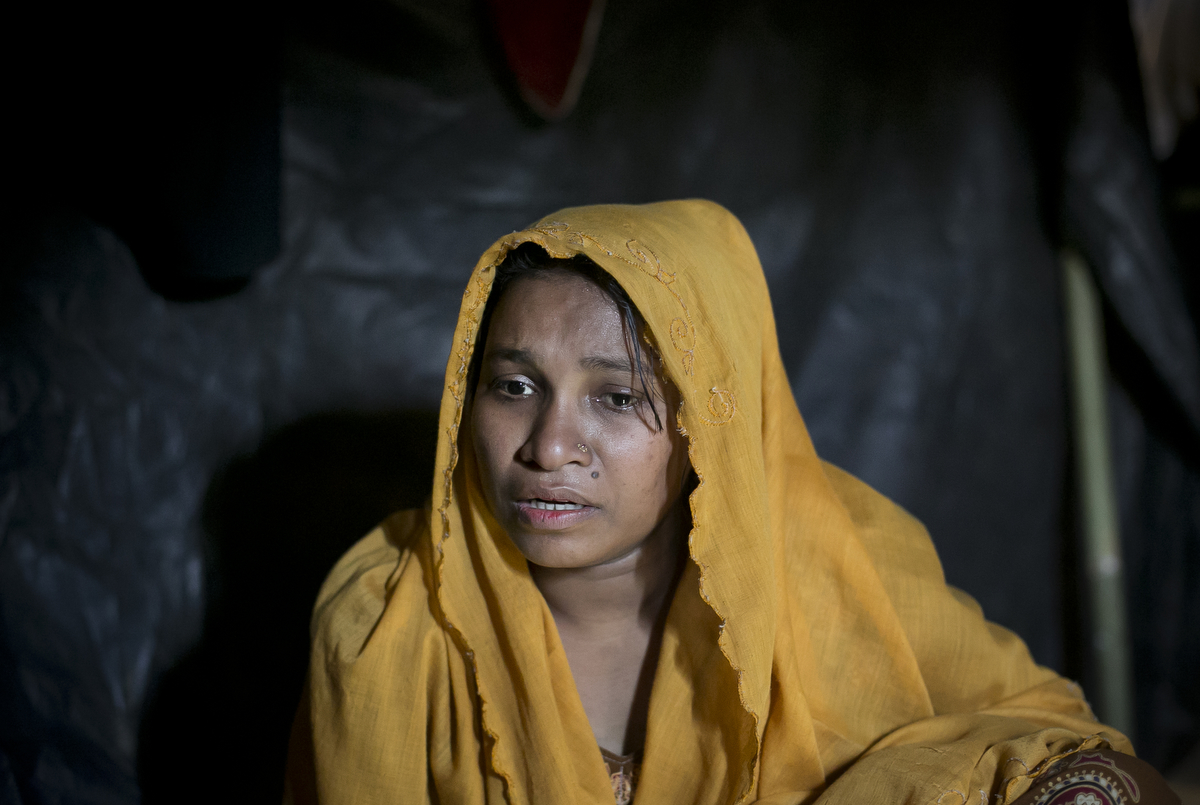 Fareza becomes emotional as she talks about being raped by the Myanmar military in her makeshift house that she shares with 6 other refugees in BaluKali Rohingya refugee camp in Cox's Bazar, Bangladesh. Fareza, 17, came to Bangladesh 3 days ago from Shilkhali village in Myanmar. She describes a happy life in Myanmar until 4 months ago when the military began attacking and harassing people in her village. Last Monday, January 16, 2017, she says that a group of soldiers attacked her home and dragged her and her family out into the front yard and beat them with their fists and the butt of their guns. They groped her everywhere and dragged her back into her house where one soldier raped her until she lost consciousness. She woke up bleeding and decided to flee to Bangladesh, where she made her way to Balu Kali refugee camp. She is 6 months pregnant and has not been able to make contact with her husband back in Myanmar. "For 4 months back in Myanmar I lived in a constant state of fear. At least here in Bangladesh I can sleep peacefully."