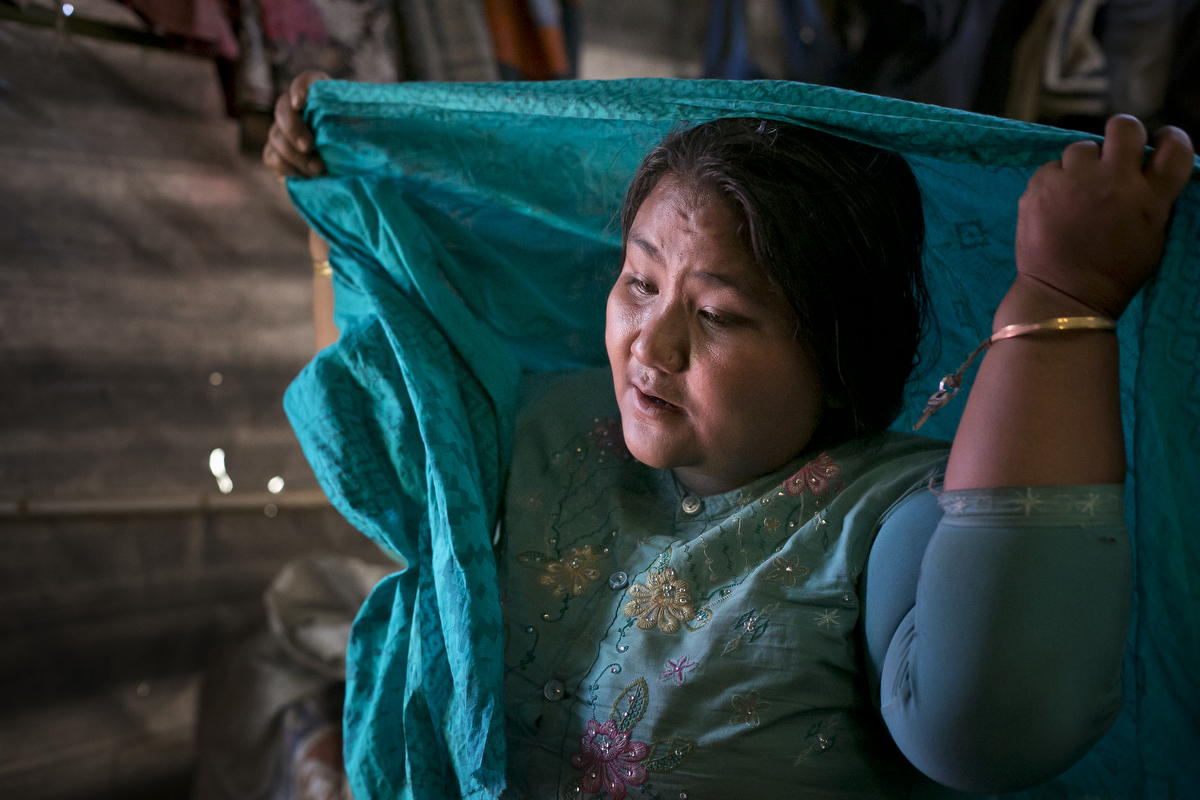 Nurjahan is seen in her makeshift house that she shares with 6 other refugees in Kutalong Rohingya refugee camp in Cox's Bazar, Bangladesh. Nurjahan, who came to Bangladesh 15 days ago, is from Nerebil village in Myanmar. She says her life in the village was happy until 2 months ago when the military attacked her village. 5 soldiers came to her house and tied her eyes with a scarf. 2 soldiers took turns raping her in front of her daughter., After 15 minutes she lost consciousness, and when she woke up they were gone and her young daughter was crying beside her. A few days later her husband was killed by the military, and she got word that the military had murdered a man who worked as a translator for foreign journalists interviewing rape survivors, and that they were looking for one of the survivors who dared to speak on camera. She decided it was time to flee to Bangladesh. She hid in another village for 3 days until she made her way to the Naf river which separates Myanmar from Bangladesh, and paid a boat to take her across, where she made her way to Kutalapalong refugee camp. "I lived in Burma for 31 years but I never saw this sort of thing before. The past three months things have become horrible. I still talk to my family in Myanmar all the time. They told me that the military came again today and set my uncle's beard on fire." she says "When I close my eyes at night to go to sleep I become terrified that the military will come again. I haven't slept well since I came here."