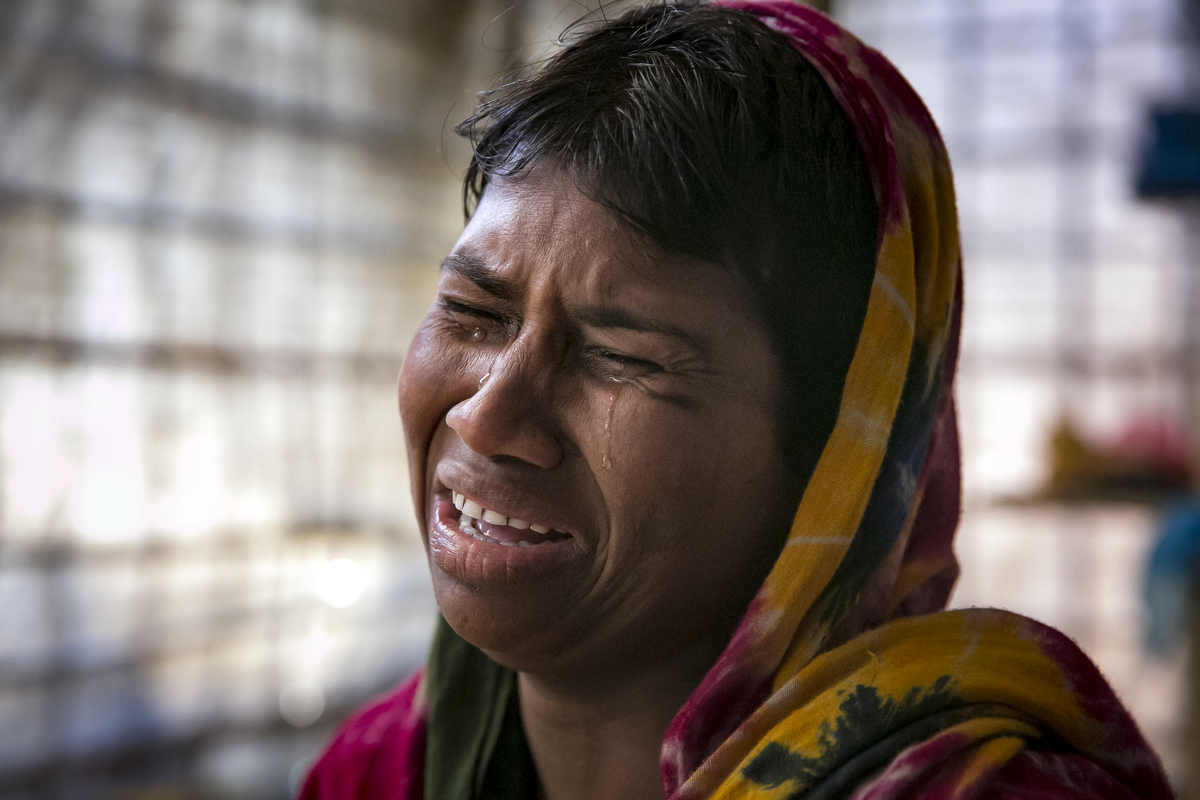 Dildar Begum, 30, poses for a photo in Cox’s Bazar, Bangladesh.. She fled to Bangladesh shortly after the August 25th attack from Tula Toli village in Myanmar. She says that one day the military came and opened fired on her village and stormed into her house. They took her husband out of the house and to the riverbank and shot him. Then they came back into her house and grabbed her baby from her arms and stabbed him in the head. They killed another one of her children by cutting his throat, and another by beating her over the head with a rifle. 2 military held her arms while another raped her. They then beat her and she pretended to be dead. When they left, they set her house on fire. Her 10 year old daughter, Nurkalima, was severely injured when the military beat her over the head with the blades of machetes, but she helped her mom crawl past the burning bodies of her children and out of the burning house. For 5 days she hid in the hills and when the military left, she went back to Tula Toli on her way to the Bangladesh border. All that was left of her village was smoke and ask where houses used to be. There were bodies everywhere, so many that they were uncountable. She came across some men who carried her for two days to the border, where they were able to cross into Bangladesh by boat. "I don't see any future for me here in Bangladesh. My husband is dead, who will earn money for me and my daughter? I want justice. My kids were killed, I want justice for them." she says.