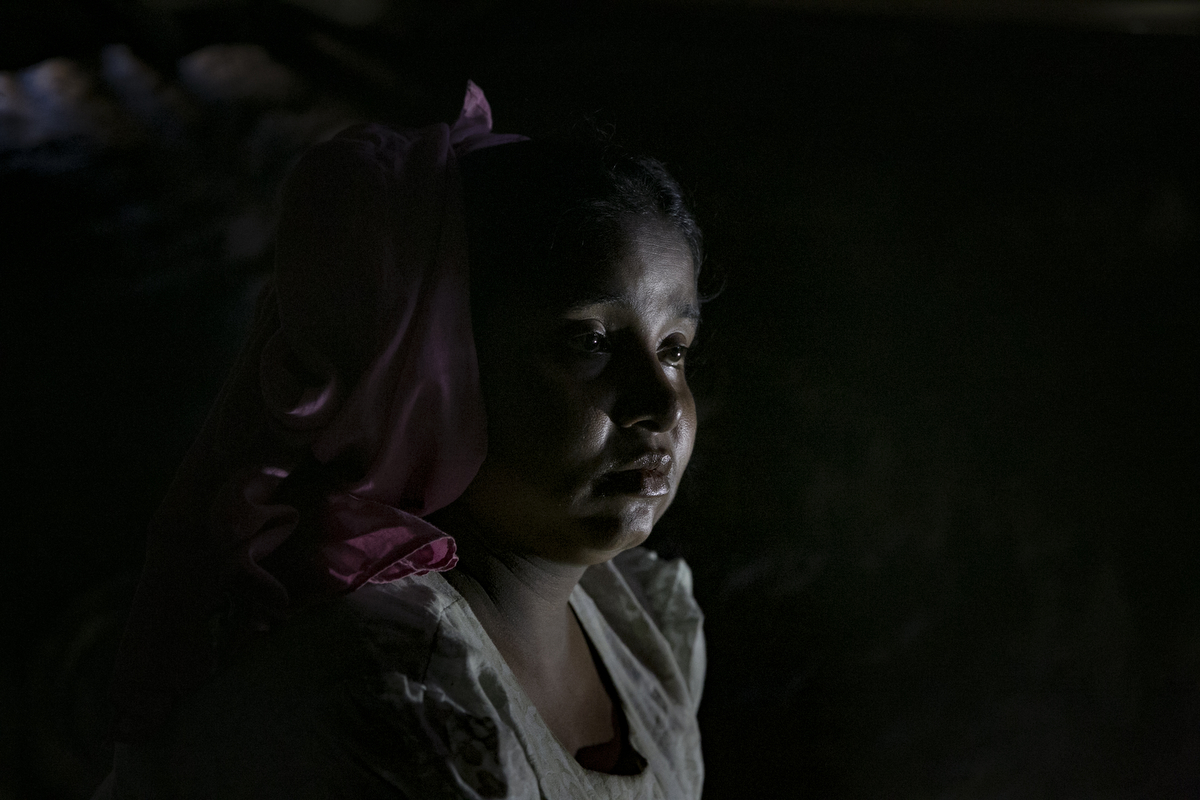 Sunuara, 25, poses for a photo in Cox’s Bazar, Bangladesh.. She fled to Bangladesh shortly after the August 25th attack from Boulibazar village in Myanmar. She says before the August 25th attack, she had a good life in Myanmar. She was wealthy, she had 42 cows, 2 cars, and rice paddy fields. One day the military attacked her village and soldiers came to her home. Her husband was staying in another village with relatives and her other children were staying with her parents. Only her 16 year old son was home with her, and in front of her eyes the military shot him in the stomach and then cut off his head with a machete. Then they tied her wrists and ankles with rope to her bedposts and 9 men took turns raping her for 6 hours. She was 8 months pregnant at the time, and the military punched and kicked her stomach. She lost consciousness and when she woke up, her husband and brother found her. For 6 days they carried her to the border while she drifted in and out of consciousness. They crossed into Bangladesh where she gave birth at a hospital, but the baby died a day later.