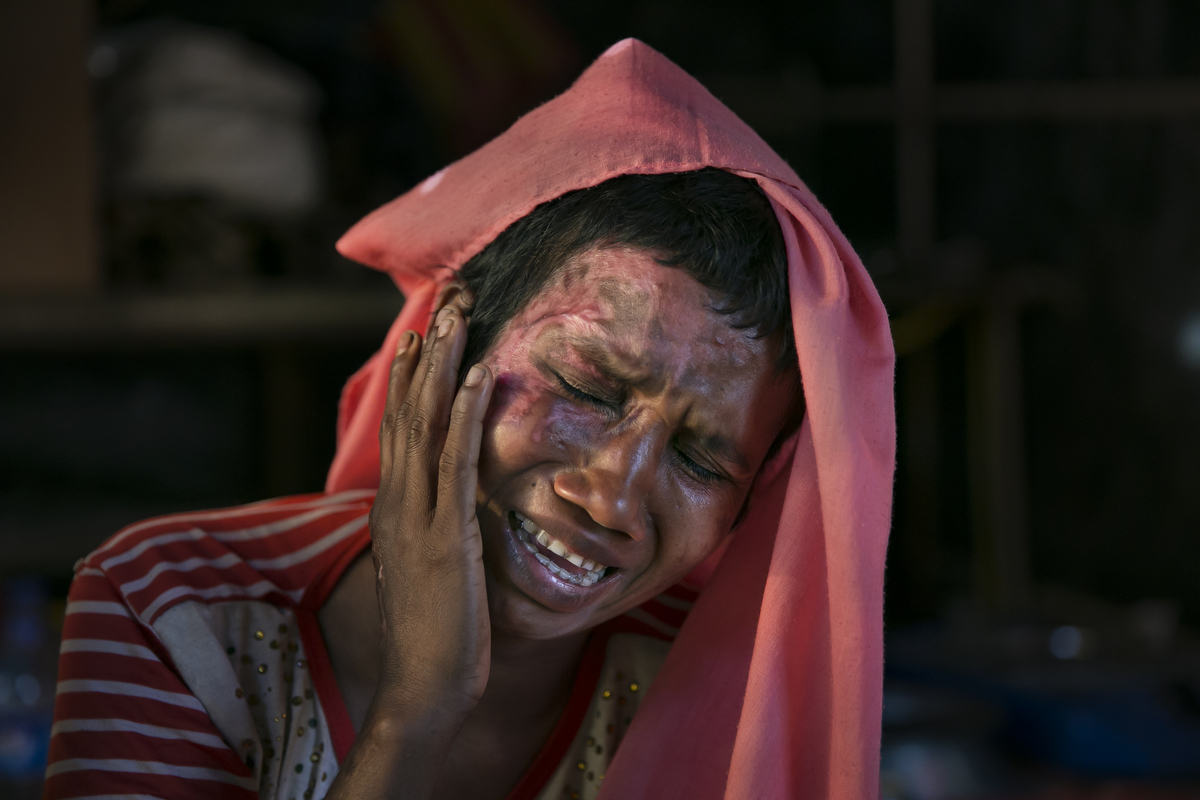 Mumtaz Begum, 30, poses for a photo in Cox’s Bazar, Bangladesh.. She fled to Bangladesh shortly after the August 25th attack from Tula Toli village in Myanmar. She fled to Bangladesh shortly after the August 25th attack. She says that one night the military attacked her village and burned homes. Everyone ran and hid but the military found them. They shot her husband in front of her, and as he lay dying she told him "I have lived many years with you, if I made any mistakes, please forgive me." As he lay injured he asked the military for some water, and they responded by shooting him again, and he died. Then the military took her and 5 other women to a house, with some of their children. They started raping her and the other women and when the children screamed, they hit them in the head with machetes. They hit one of her sons, splitting his skull open, and he died. They also hit her daughter, but she survived and escaped the house. When the military was done raping her and the other women, they lit the house on fire. Mumtaz crawled through the flames as her clothes caught fire and the roof caved in, and was the only woman who managed to escape. The other 5 women burned to death. She hid in the forest until a group of people found her and carried her to the border and into Bangladesh. Mumtaz says "I want justice and I want to tell the world all the things the military did. They raped and killed us. We want justice."