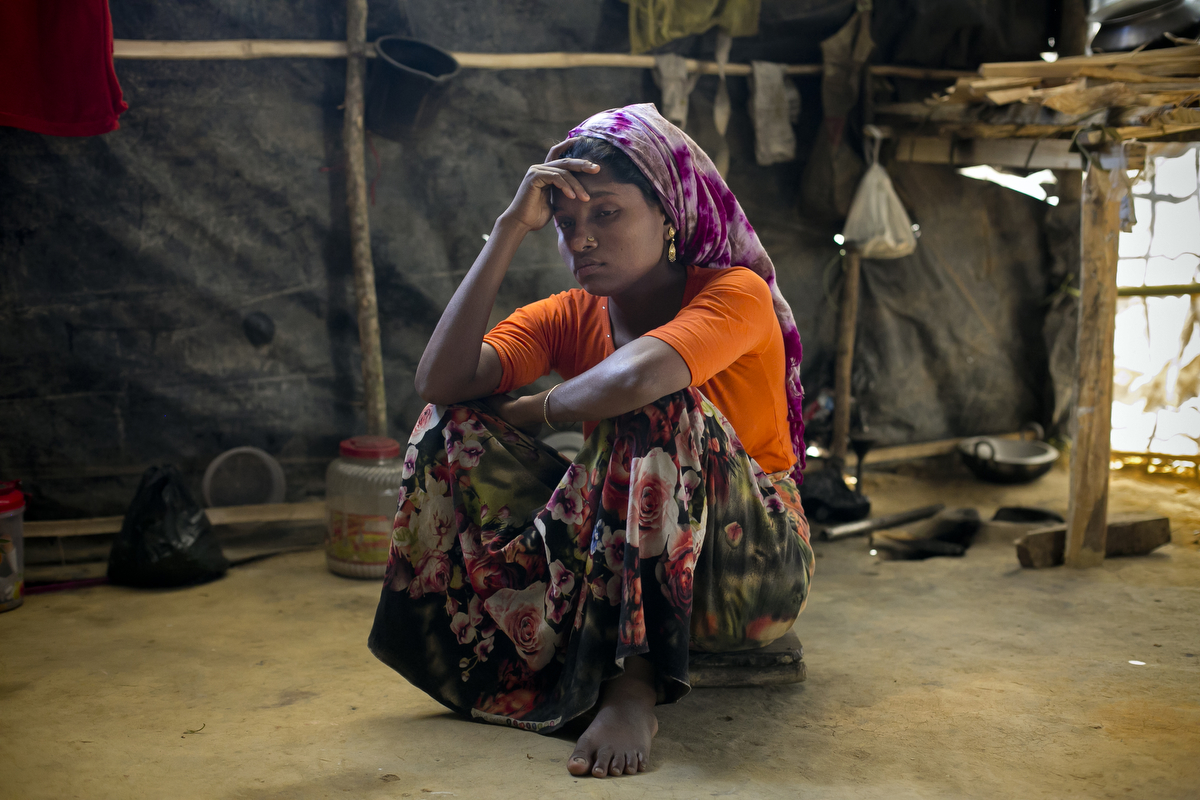 Jamalida Begum is seen in her makeshift house that she shares with 6 other refugees on in Kutalong Rohingya refugee camp in Cox's Bazar, Bangladesh. Jamalida Begum came to Bangladesh 15 days ago from Hadgudgapara village in Myanmar. 2 months ago the military came to her village, killed her husband and burned her home to the ground with everything she owned in it. The next morning the military surrounded her village. "They dragged me and the other women to the yard and beat us. I was screaming and begging Allah to save me. The military screamed "Where is your Allah now? He's not saving you!”” 3 men dragged her to the bush, pointed a gun at her and said ”If you resist, I'll shoot you” then took turns raping her until she lost consciousness. A few weeks after the rape, a group of foreign journalists came to her village and interviewed Jamalida and other rape victims. That night the military came to her village and cut the throat of the man who helped translate for the journalists. The soldiers went door to door with Jamalida’s photo looking for her, and neighbors ran to warn her. She ran away and for 5 days she took shelter in the bush and in different houses until she fled to Bangladesh. She says that every night she has nightmares about the Myanmar military. "I have flashbacks when I hear loud noises. I've heard that the military has made big posters of my photo and they're still going door to door looking for me. I'll never be able to go back. If I go back, they'll kill me. I will never go back. Sometimes I'm scared that they'll find me here."