Photojournalism: Rohingya: "I'm Better Than Before, But Inside My Heart Lies So Much Pain": ROHWOM_ASJ_14 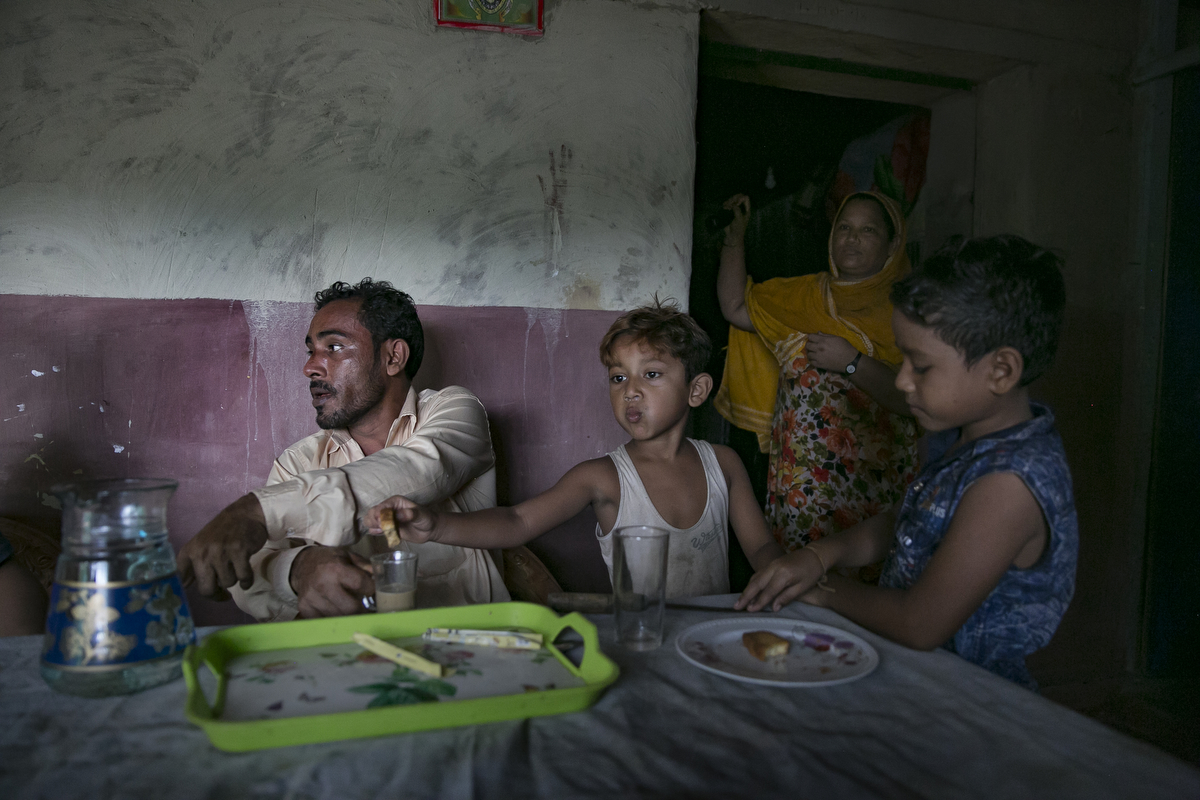 Abul Kalam Azad spends time with his family in his home.

Abul Kalam Azad, 41, is a Bangladeshi who lives in Balukhali camp with his 7 other family members. He's lived here for 9 years. "Before the influx, it was just the elephants and me". He used to farm his fields before with rice and vegetables. Since the influx he says it's been very difficult, last week he broke up a fight and a mob beat him. But he tries his best to support them. When the influx happened he gave them shelter and food. He sheltered 16 families in his house over the course of 3 months. They told him and his family stories of what happened to them. He thought someday maybe it could happen to him and felt empathy for them. But he says if he knew the situation would turn like this he would not have given them shelter. "They're muslim like me, they're me people. I feel sad for them. But I don't get any support. I gave them land when they had none. Everyone says I'm a nice person but people from the other blocks beat me. This is the only land we have. Even if we wanted to take it back or leave we can't go anywhere. We don't have any hope. His wife Zahrina Khatum, 35, works at the IPSHA office, making 6,000 taka per month, Abul works as a night guard for Save The Children earning, 10,000 taka per month, his sister works at Action Aid earning 10,000 taka per month.