Photojournalism: Rohingya: "I'm Better Than Before, But Inside My Heart Lies So Much Pain": ROHWOM_ASJ_04 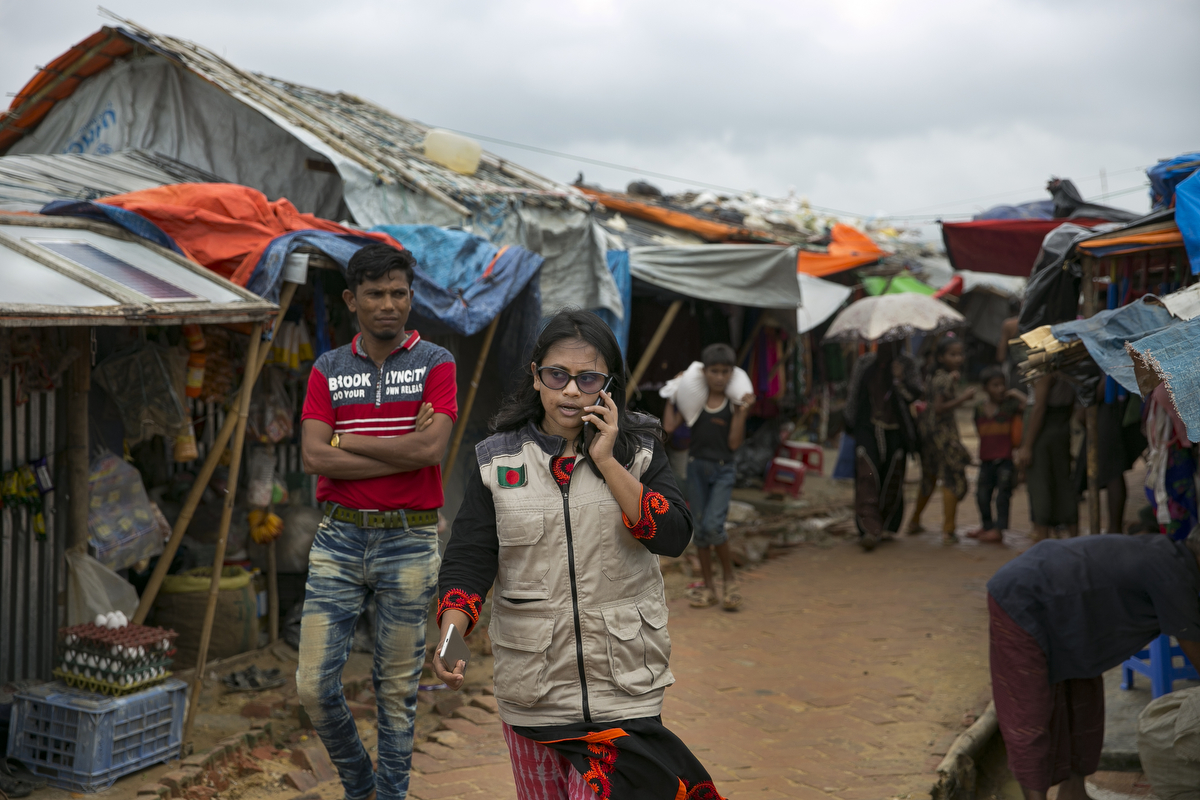 Shamima Akter Jahan works as an assistant CIC. She grew up in Rajshahi with two sisters and studied physics in Dhaka. In the camp, she says, the Rohingya accepted her well but “it was a big change and shock for them.” In the 27 year history for the RRRC she is the first female CIC. "I don't know why, maybe no one thought a lady could do this job." She considered doing the job as soon as she saw it advertised. Her boss at the time told her "You should go, you'll be a pioneer. Maybe you can be an example for other women." Her role is to support the CIC in areas of law and order and mediating disputes. Also coordinating between the police, local government, community leader and Mahji, as well between all the NGOs and beneficiaries. Everyday she is deal with issues of gender based violence, 6-7 cases daily. About dealing with GBV she says "This is the toughest job I do here. Psychologically it was difficult." She recalls a particularly difficult incident, where a woman's husband was beating her every day and divorced her because she gave birth to a girl instead of a boy. "I couldn't believe it. You see this baby girls face and you're shattered. The baby was only 2 months old. I couldn't resolve it. Every time I see the babies fave it tortures me. I this this personally. As men, the other CICs can understand the same way. The women in the camp are very open with me. This is a privilege. Everyone thinks this job is very male dominated, but it's just the opposite. The camp is 60% women. We need more female CICs." Regarding the issues, specifically gender issues facing the Rohingya population she says "We can work easily here as Bangladeshis because we passed this patriarchal phase in our country too. We are replicating and using the same techniques as what we did here 30 years ago in Bangladesh." "In the office, when we are having CIC meetings, among 50-55 people I am the only women, and it's not a good thing. This is still a patriarchal society, and when there are discussions they still say a lot of patriarchal things. There is still a lot to be done here for women empowerment. My colleagues are supportive of me but often my voice isn't heard, and they don't understand that they aren't hearing me." "This experience has made me strong."