Photojournalism: Rohingya: "I'm Better Than Before, But Inside My Heart Lies So Much Pain": ROHWOM_ASJ_02 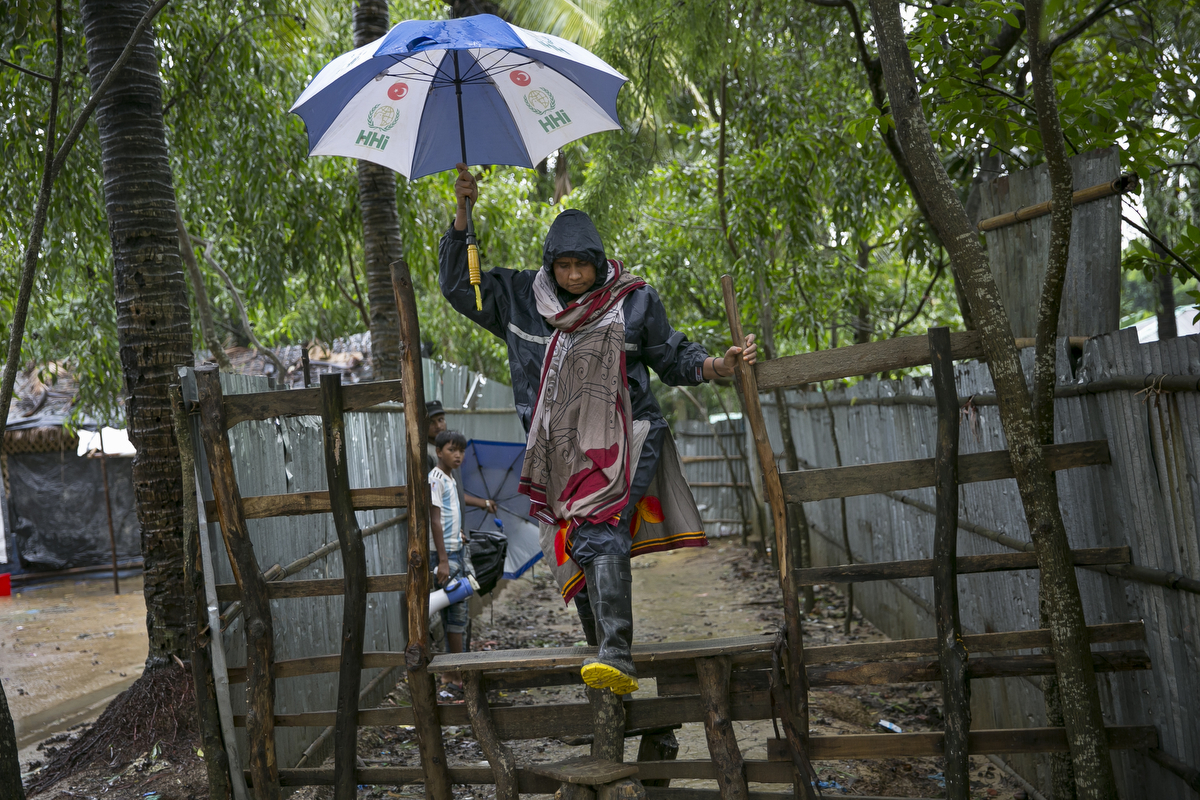 Roshida, 40, works as a Mahji in Nayapara camp. “Camp life has been very different. I'm happy that everyone respects me. when they have problems they come to me and if I can't solve it I go to the CIC. People treat me as an authority figure and come to me first. I'm happy that I'm breaking barriers but still there are people who don't allow women outside. Before me there were no female volunteers. People gave me a hard time. After I was elected I convinced a lot of people that women can work and have power. I always try to protect women. Now we have 50 women volunteers, out of about 200 men. Women go door to door fixing problems and giving information." She works on practical problems such as broken houses, water problems. It's been about 9 months since she's been Mahji and she looks after 100 houses. “The biggest problem I run into again and again is men saying that women working outside the house is against the culture.”