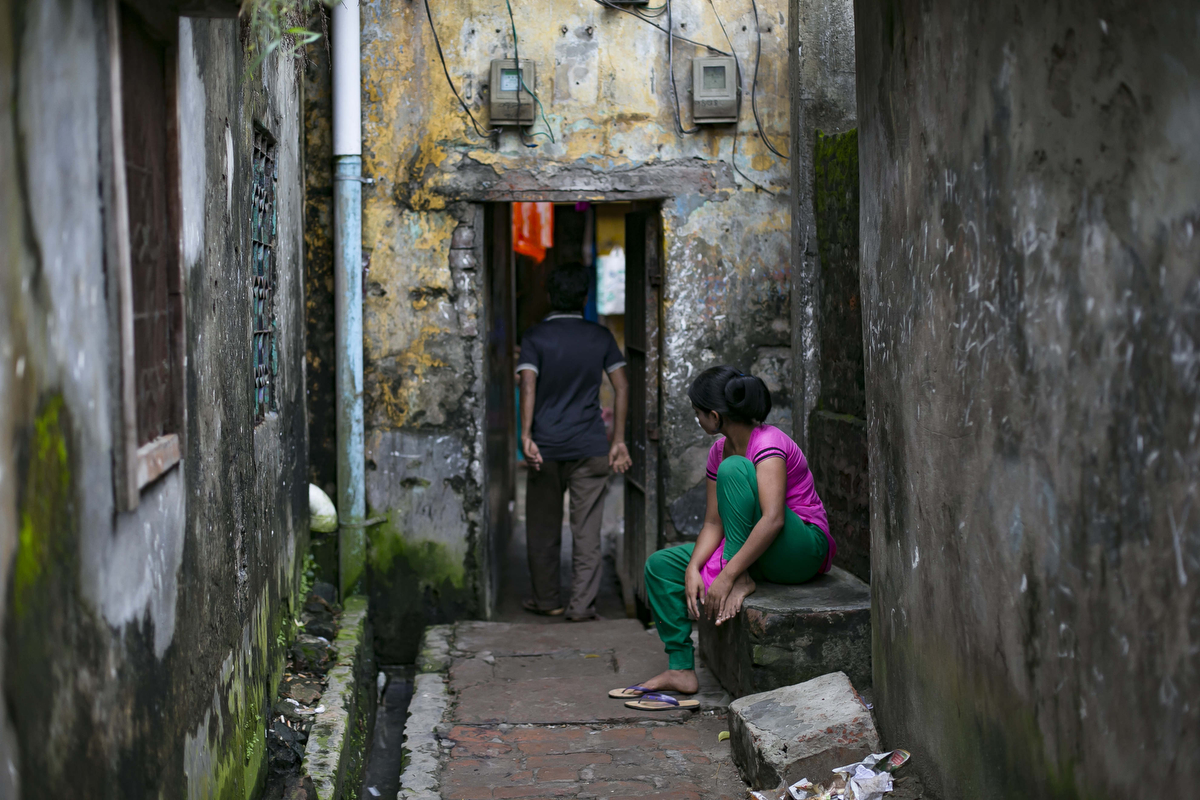 "Habiba", 14, has been at the brothel for three years. “Sometimes I tell people that I came here willingly, but it doesn’t really feel like that. I had an arranged marriage when I was 11 years old, but after one month my husband started assaulting me – hitting me with his hands, and later beating me with a stick. He was drunk all the time and high on drugs, and I didn’t know what was happening. After six months, I couldn’t take it any more, so I ran away. But my mother had died, and my father said he couldn’t support me. A friend told me that there was a community of women who worked independently, and didn’t need men. When I didn’t make a fuss, she sold me here.