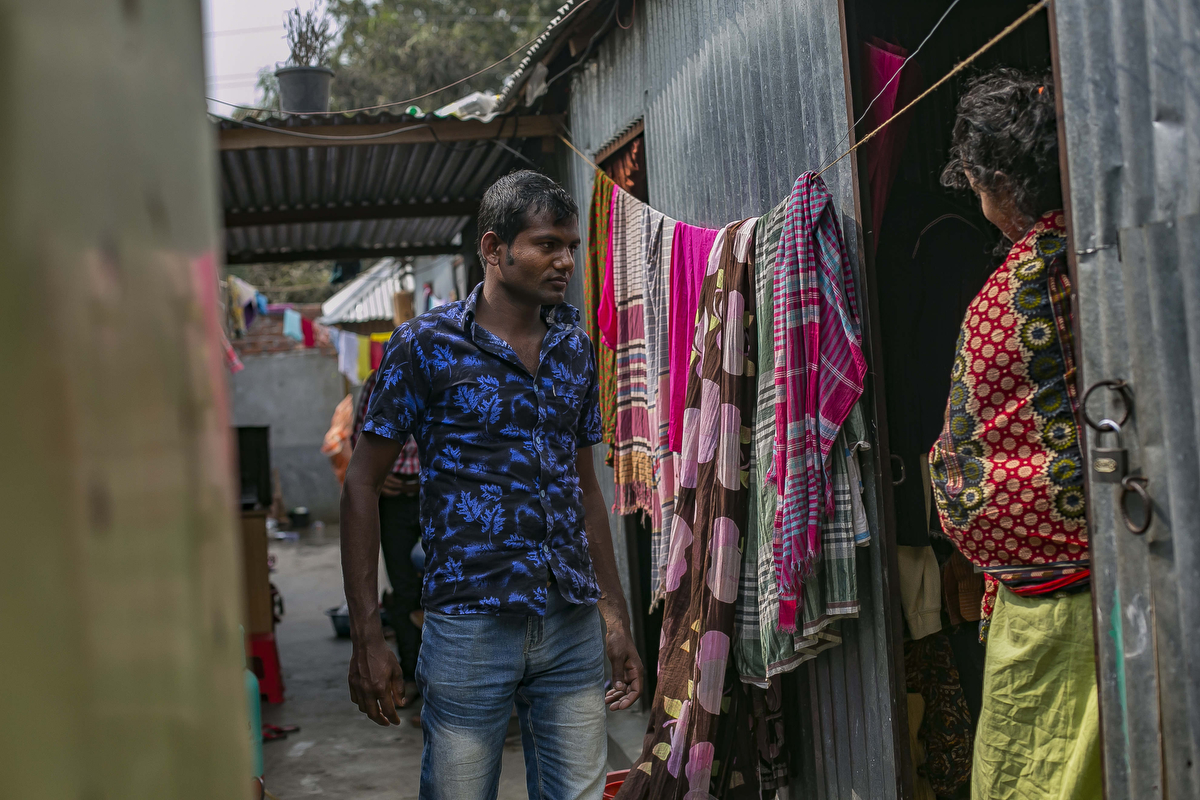 A customer enteres Yasmin's room. "Yasmin" was married at 11 and trafficked to a brothel when she was 12.