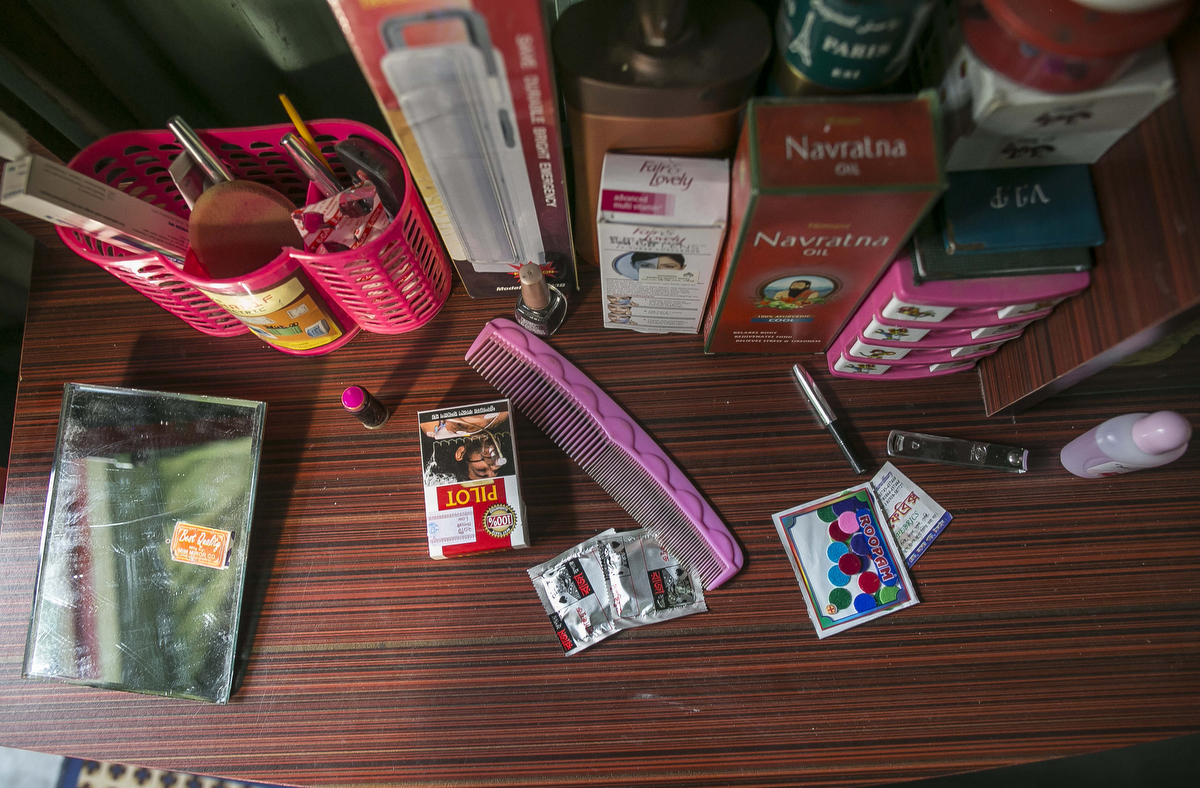 Condoms and cosmetic products sit on the table in Yasmin's room