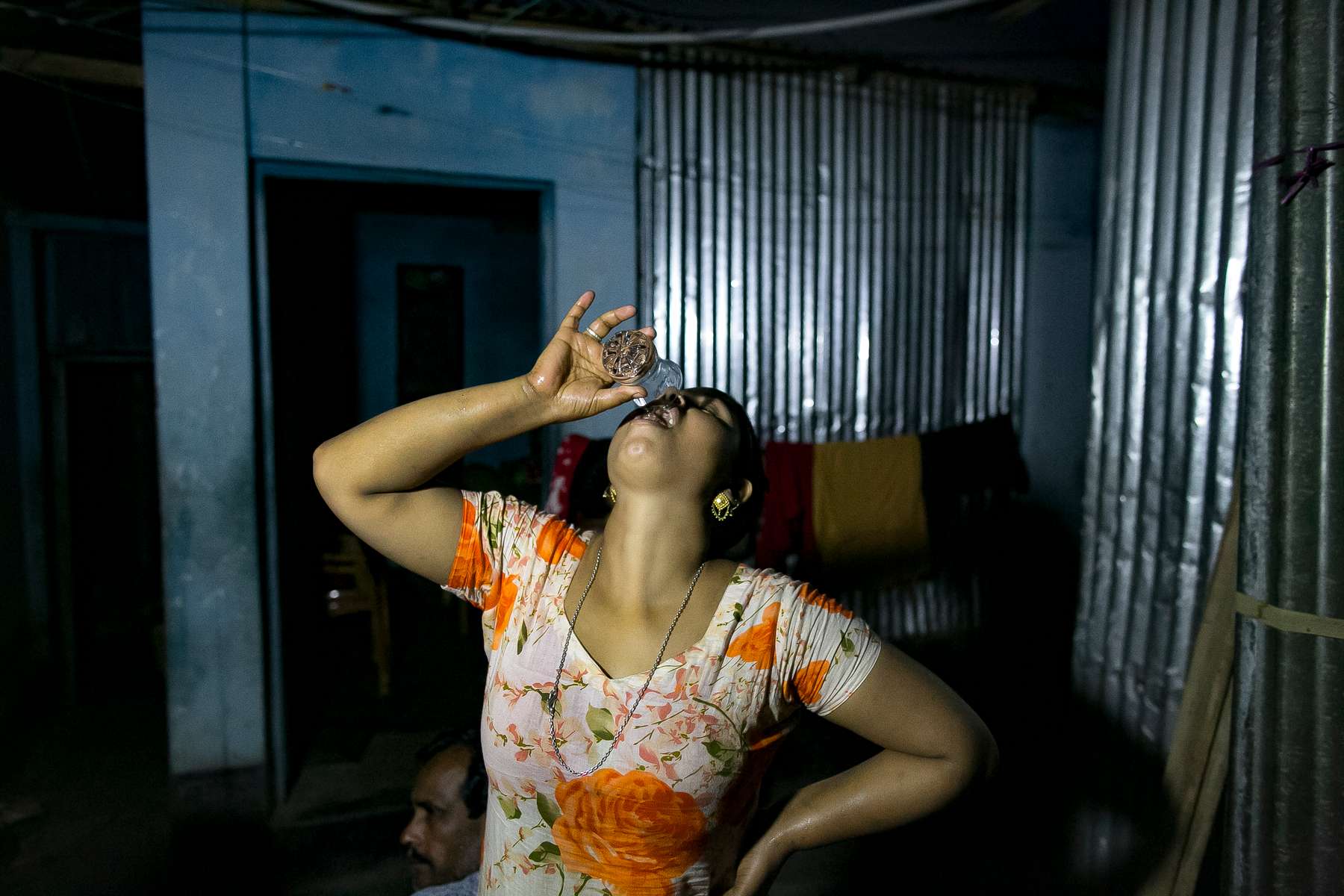 Sony drinks a shot of alochol in the brothel. Sony was married at 11 years old and trafficked to Daulatdia brothel when she was 13.

‘I didn’t even know what sex was before I was married, but within a year of the ceremony, I’d been raped so many times I’d lost count. My mother-in-law would take my clothes off my body, then send me in to see her son. It didn’t matter how loudly I screamed. Nobody ever came to help me. But even when I stopped fighting back, it wasn’t enough to please my husband, and when my father admitted he couldn’t pay my dowry, I was sent back to my family. But the shame was too much – so they sent me away too. When a trafficker found me at a train station, she took me to the brothel where pimps beat me with hammers and vegetable peelers until I stopped trying to run away.

None of my friends were married at my age, and none of them have had lives like mine. My father found me a husband because he thought village life was too dangerous for young daughters – there was so much harassment, and he feared that I might be attacked if I didn’t have a husband. But having a husband ruined my life. All I ever wanted was to go to college and get a good job, but that will never happen now. My sister is 21 and works for an NGO while studying for her Masters degree – she’s leading the life I always dreamed of. So I’m paying her school fees. Whenever I have a customer, I think, ‘it might be too late for me, but it’s not too late to help her.’