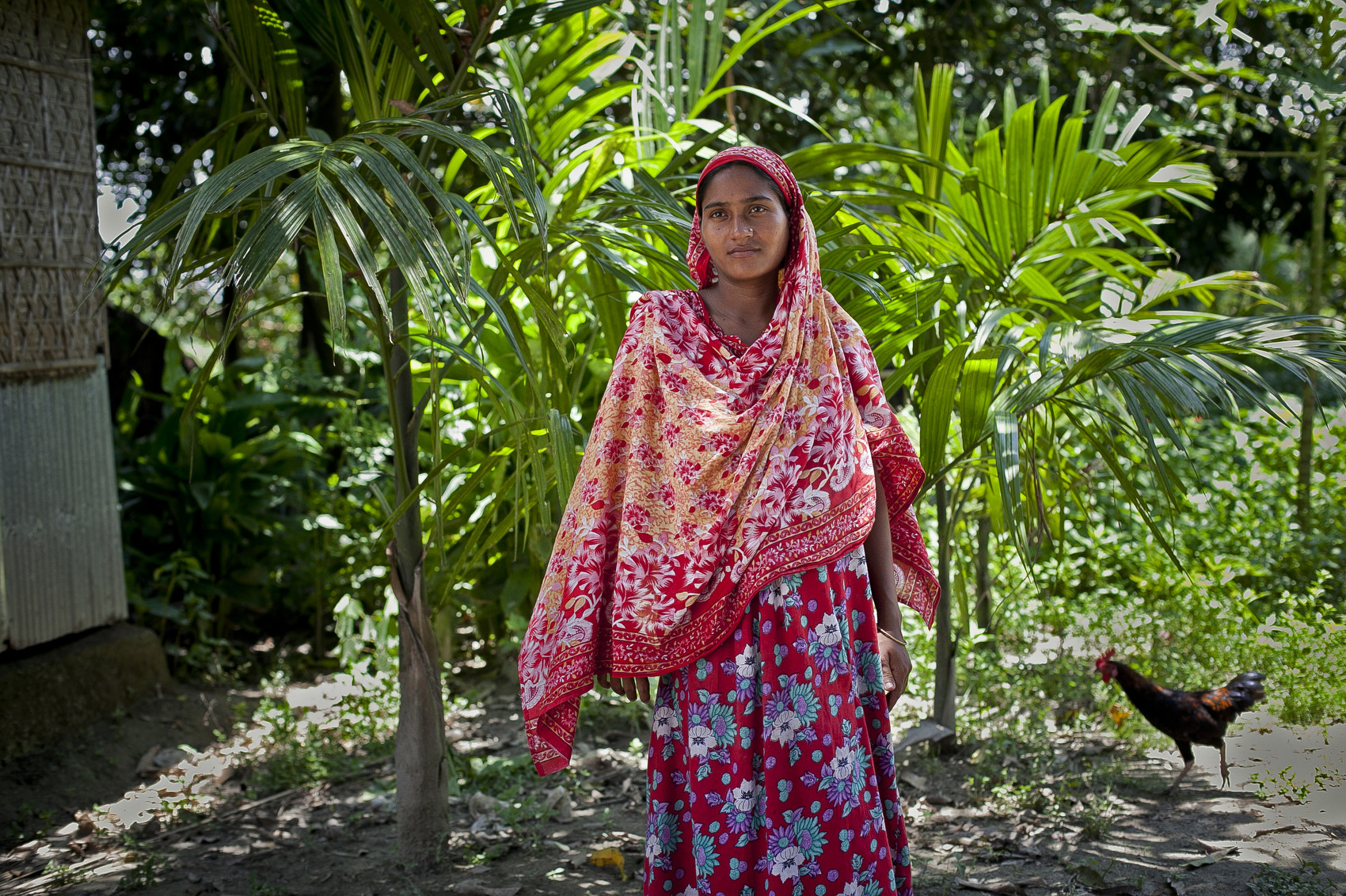 
LALMONIRHAT DISTRICT, BANGLADESH - JULY 9: Bash Kata Indian enclave resident, Musamat Lipi, stands for a photo after choosing Bangladeshi citizenship with the Enclaves Exchange Coordination Committee July 9, 2015 in Lalmonirhat District, Bangladesh. Lipi says that she is happy her son can go to school legally, now that they have citizenship. The India–Bangladesh enclaves, also known as the chitmahals, are 162 parcels of land, each of which happens to lie on the wrong side of the India/Bangladesh border. There are 111 such Indian enclaves in Bangladesh and 51 Bangladeshi enclaves in India. On June 6th Bangladesh and India came to an agreement to let residents choose which country they want to belong to, and on July 31st these enclaves will dissolve into the country already surrounding them. For decades, these people have been stateless. Both the Bangladesh and Indian governments have refused to take responsibility for the enclave residents. Their villages do without public services, they cannot vote, and parents must forge documents to send their children to schools. Until the Enclaves Exchange Coordination Committee came to their enclaves this month, most Indian enclaves residents had never laid eyes on an Indian national before. (Photo by Shazia Rahman/Getty Images)