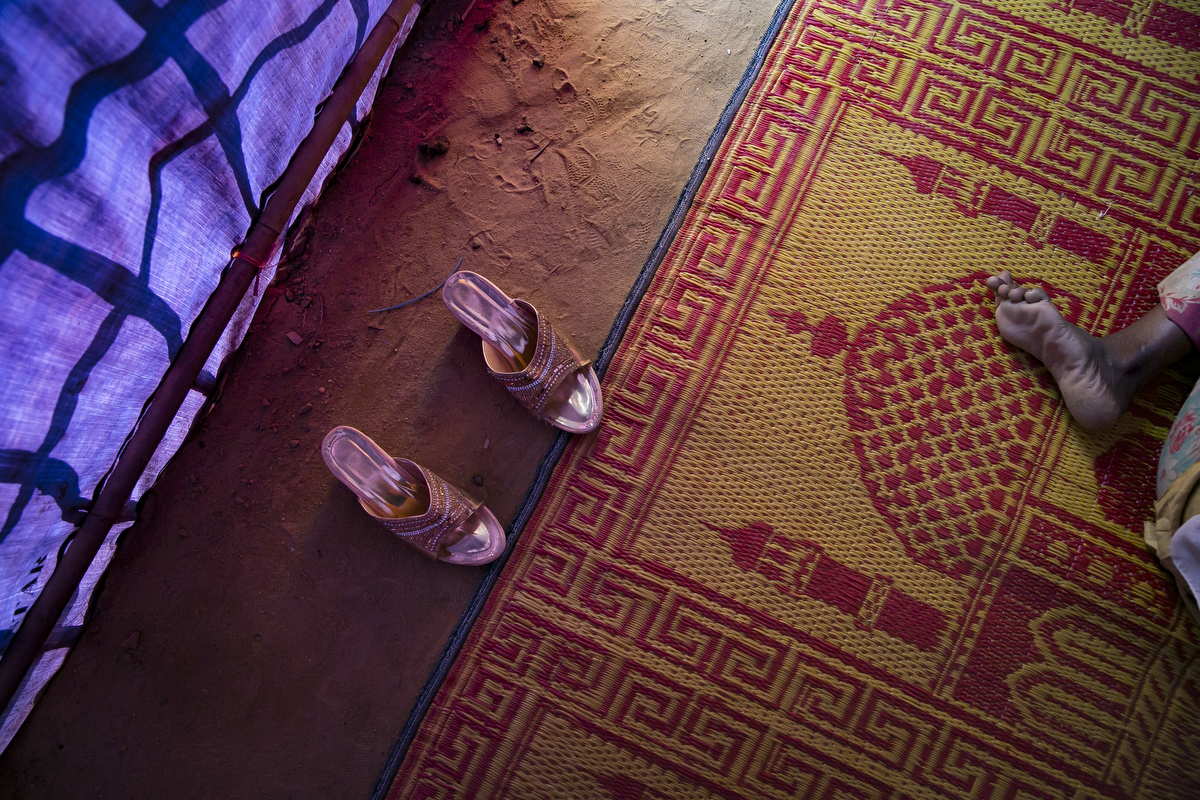 COX'S BAZAR, BANGLADESH - JANUARY 19: High heels are seen as prayer takes place on January 19, 2018 in Cox's Bazar, Bangladesh. In the refugee settlement of Balukhali, over 116 widows and orphans have found shelter within a dense settlement of 50 red tents where no men or boys over the age of 10 years old are allowed. More than 655,000 Muslim Rohingya have crossed the border into Bangladesh since August last year, when they fled Rakhine state after the Myanmar military launched a brutal crackdown which was described by the United Nations as "ethnic cleansing". Women and girls reportedly make about 51 percent of the distressed and traumatized Rohingya population in the refugee camps and face a high risk of being victims of human trafficking and sexual abuse, while adolescent girls aged between 13 and 20 risk getting involved in forced marriages. Many of the Rohingya women travelled alone after their husbands had been killed or taken away during the attacks on Rohingya villages as many continue to fear returning home due to the lack of security guarantees. (Photo by Allison Joyce/Getty Images)