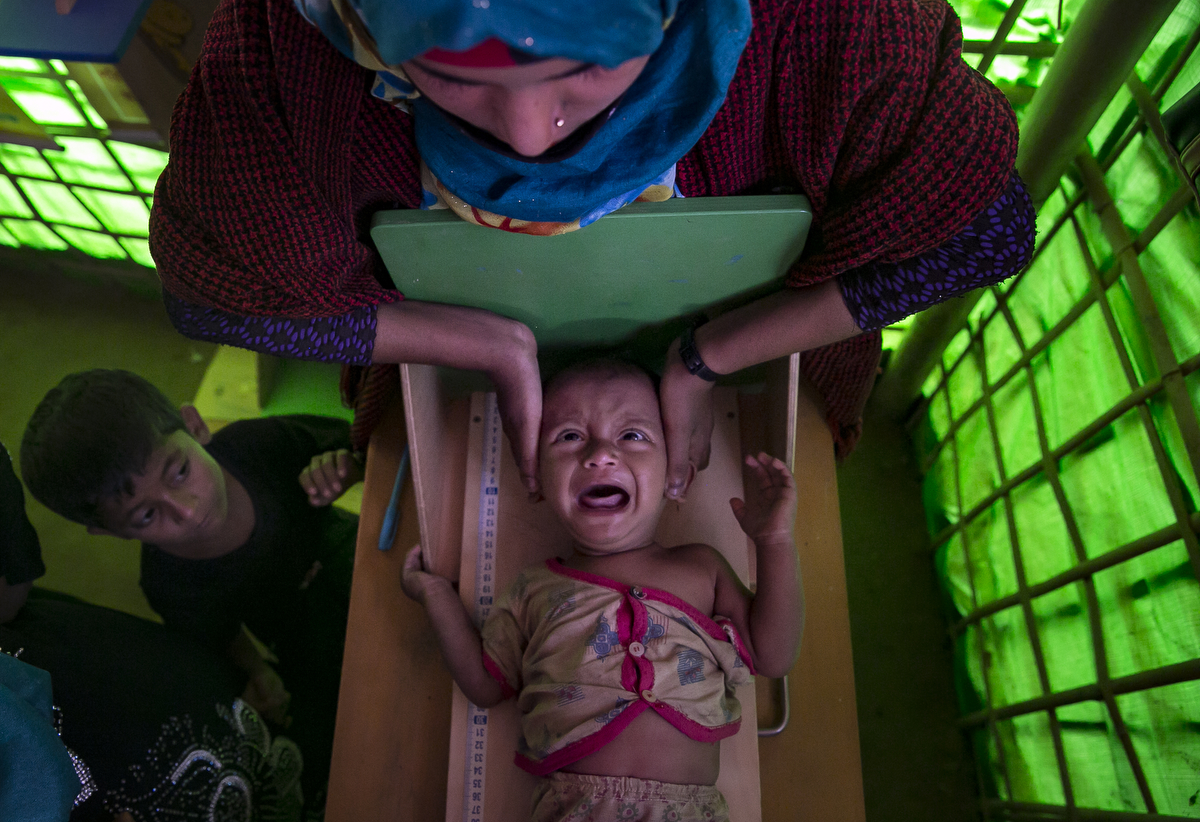 COX'S BAZAR, BANGLADESH - JANUARY 13: A Rohingya refugee is measured at a malnutrition center in Balukhali camp on January 13, 2018 in Cox's Bazar, Bangladesh. Over 650,000 Rohingya have crossed the border to Bangladesh since August last year, fleeing the violence at Rakhine State when their villages were attacked and many worry that they will face further reprisals if they return to Myanmar. The refugee camps in Bangladesh no longer seem temporary as thousands of tents made of plastic and bamboo spread across the undulating terrain and long wooden bridges connect parts of the camps divided by water. Existing camps such as Nayapara and Kutupalong have swelled to accommodate the new arrivals since the Myanmar military began its campaign in late August while the Rohingya queue for hours to get rations due to little access to clean water, health care or food and the refugee camps turn into mud-baths whenever it rains. International aid groups and health workers have estimated at least 6,700 Rohingya had met with violent deaths and warn of potential outbreaks of cholera and other preventable diseases due to squalid conditions. (Photo by Allison Joyce/Getty Images)