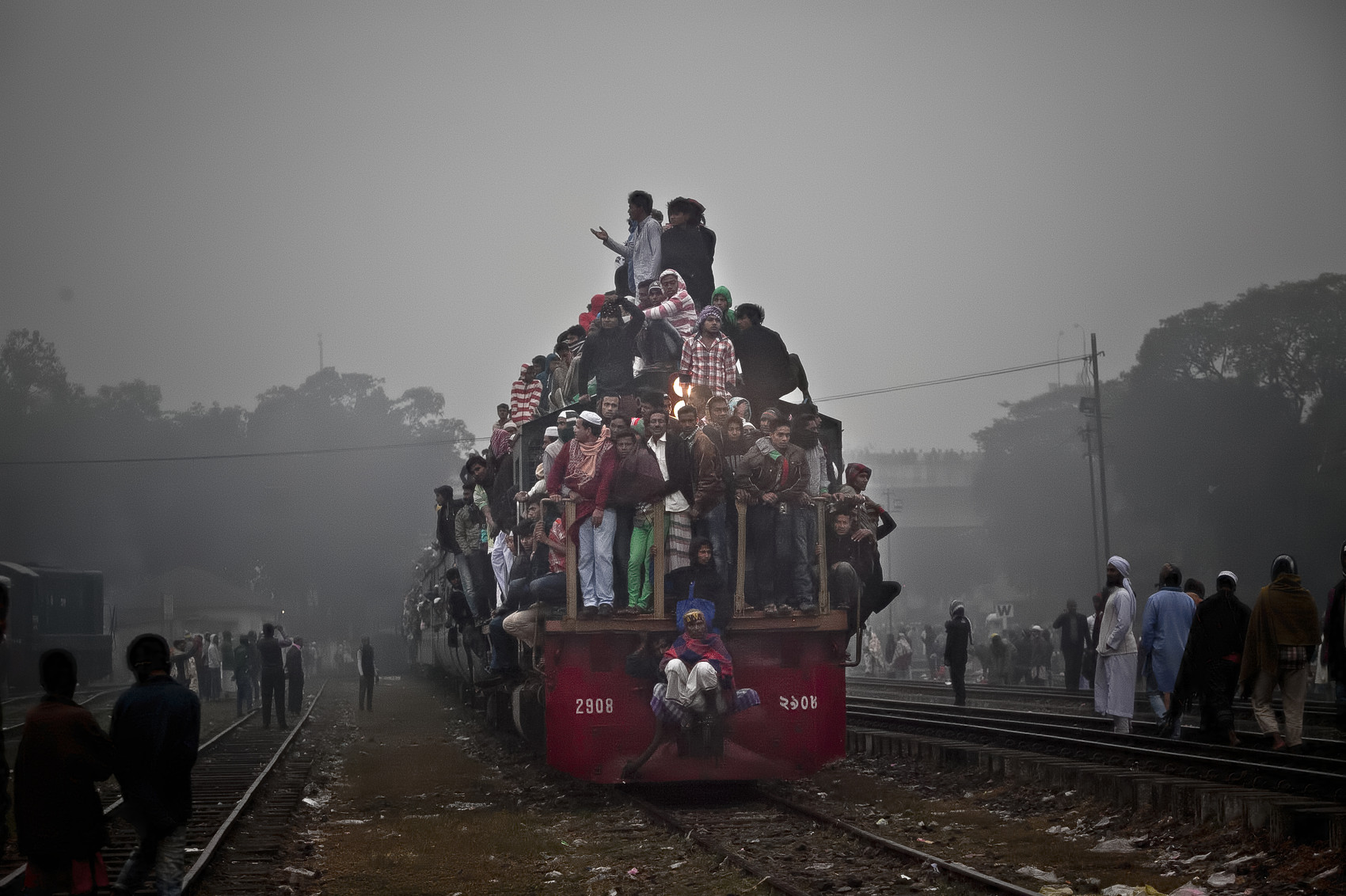 Muslim devotees arrive to Tongi on the last day of the annual Bishwa Ijtema in Tongi, Bangladesh. The Bishwa Ijtema is the second largest gathering of Muslims in the world, after the Hajj, and is organized by World Tablig Council, which preaches teachings of Islam and prophet Mohammad. (Photo by Allison Joyce/Getty Images)