The Scars of War: WARWIDOW_ASJ_59 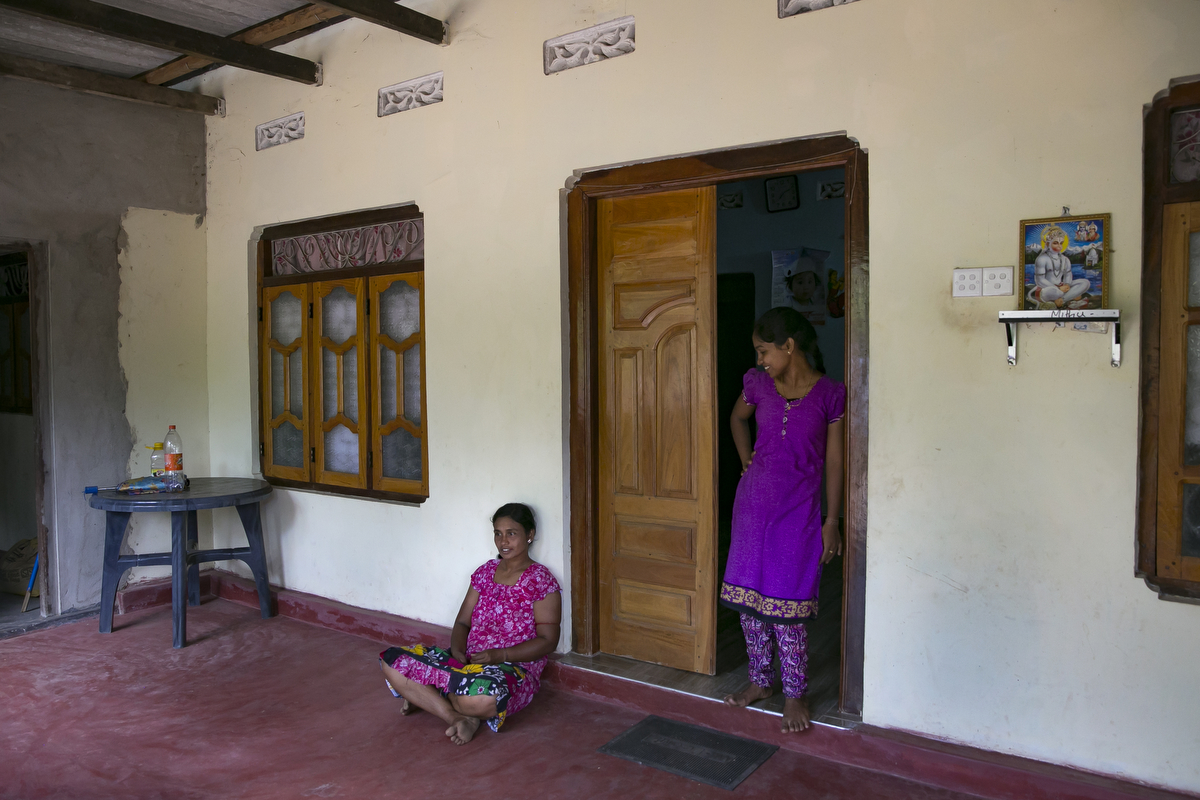 Navirethan Sujitha spends time with her daughter after returning home from her shift working to clear mines at Muhamalai, one of the biggest minefields in the world, in Uruthirapuram, Sri Lanka. In 2009 Sujitha's village, Uruthirapuram village, was heavily shelled and she the military moved in and took her and her family to a camp. Her husband was not home at that time and is presumed dead. After more than a year she was allowed to return home. She joined HALO Trust in 2010 and her first job was to clear landmines from her own village. She is the sole breadwinner of her family and her salary supports her, her mother, daughter and niece.