The Scars of War: WARWIDOW_ASJ_50 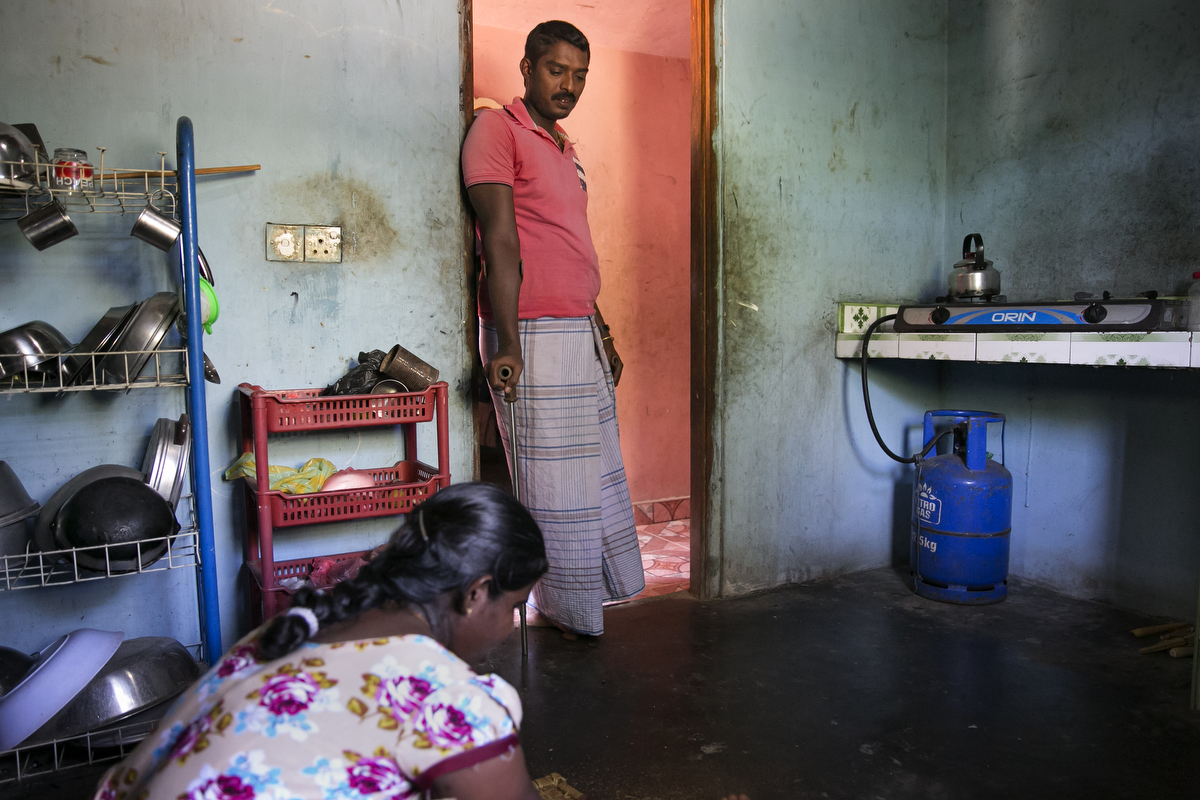 Inthira Piriyatharsini talks to her husband, Ludes Nixon, while cooking for her family in her home after her shift working to clear mines in Muhamalai, one of the biggest minefields in the world, in Killinochi, Sri Lanka. Inthira Piriyatharsini and her family were displaced in 2009 when the Sri Lankan military shelled their village. Her husband, Ludes Nixon, was hit and lost his right leg during the attack. After a year they were able to move back to their village with their two children. In 2012 Inthira joined the HALO Trust as a de-miner. "I was nervous the first day, and the first time I found a grenade, but I was affected by the war so doing this work is very satisfying for me. I always think that it's just because of my work that people get to come back and live in their homes again" Inthira says.