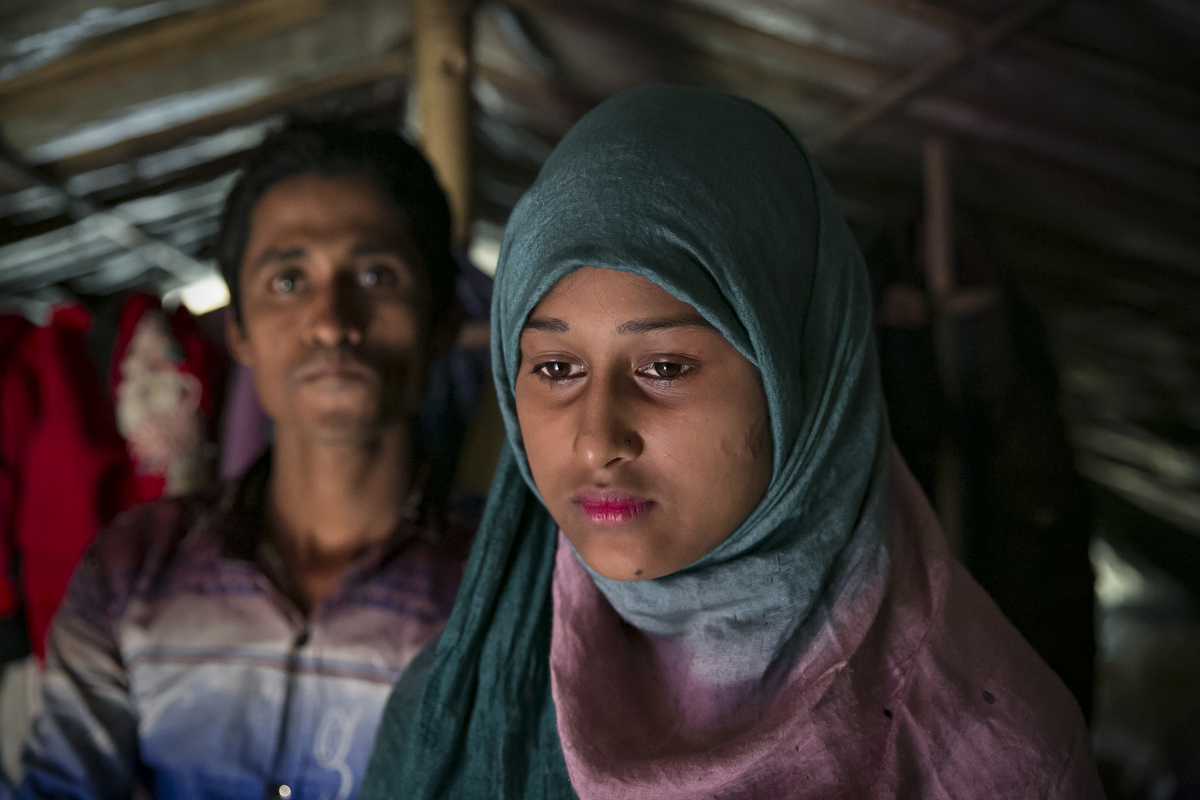 Rahul Amin, 20, and Sabakur Nahar, 15, pose for a photo in Cox's Bazar, Bangladesh. They were married two months ago in a Bangladesh refugee camp. Rahul is from Tula Toli and Sabakur is from Bouli Bazar. They both fled to Bangladesh after the August 25th attack. Rahul lost 20 relatives in the attack and spent days walking to Bangladesh, hiding in the forest and drinking water from the paddy fields along the way. Sabakur saw her father killed by the military and lost 6 relatives during the attack. She got separated from the rest of her family and spent 8 days walking to Bangladesh. Sabakur and Rahul met in Bangladesh at the Kutupalong transit center. He says that he thought she was beautiful so he approached her and they started talking. After 3 days he proposed marriage to her. She told him yes, but that she couldn't marry him until she found her family. Eventually she gave up hope and they were married a few days later. A few weeks after that she located her family in a camp. Rahul says 'Her age didn't matter to me, her body structure isn't young and small, she looks older, so it's okay. In our culture, women who look older have to get married. If other people see her they'll criticize her family, saying your daughter is getting older she needs to get married now. In Islam, any girl who looks older and is seen outside of the house, it's bad for her family. In the Koran, it says that if anyone sees a girl outside of the house, she will be cursed.' Sabakur says 'I wanted to wait until I was 18 to get married, 15 is too young. I agreed because I didn't have my family here. If I was in Myanmar I never would have agreed to get married. I was all alone here, so I agreed.'