Photojournalism: Rohingya: "I'm Better Than Before, But Inside My Heart Lies So Much Pain": ROHWOM_ASJ_08 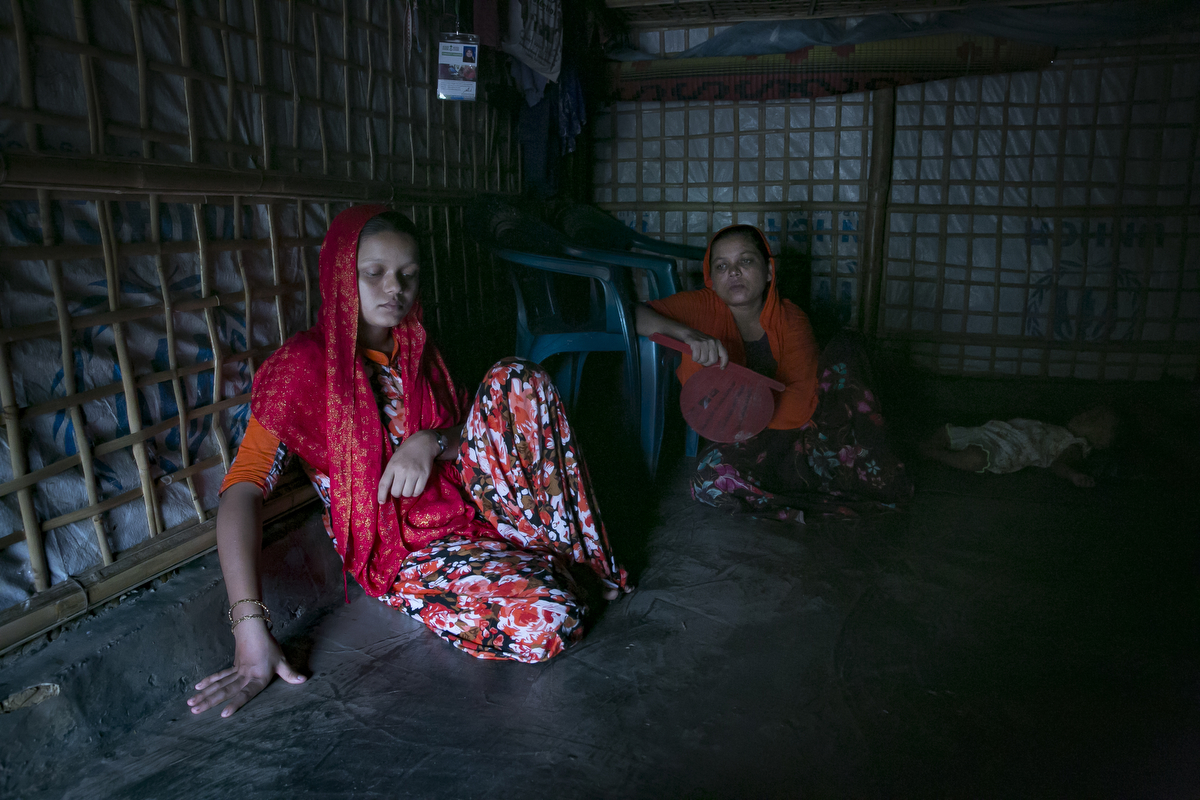 NurNahar Begum and Yasmin are seen in their shelter. Yasmin Akhter, is a 14 year old wife and mother. She came to Bangladesh when she was 8 years old. She never had the chance to go to school. Her father left the family and left her mother, 40 old NurNahar Begum, and two years after she fled from Myanmar to Bangladesh she was sent to Chittagong to work as a housekeeper for a family of 5. She worked there for two years, never receiving a formal salary, getting only 200 or 300 taka occasionally. The mother that she worked for beat her frequently. She wasn't allowed to go outside, but Yasmin stayed thinking that it was the only way she could help her family. One day she couldn't take any more and she called her mother and told her about the abuse, and said if she stayed there one more day she would die. Her mother brought her back to the refugee camp and arranged for her to get married. Yasmin was 12 years old when she married her 30 year old husband. When Yasmin was married she was happy, she thought that her husband would provide a better life for her, but he is sick and unable to work, and their food rations from the NGOs are not enough. 9 months ago Yasmin gave birth to a baby girl. She dreams of a better life for her daughter, one where she is independent, educated, and works a respected job. "It will be up to her when she gets married" Yasmin says. NurNahar Begum says "I didn't have any choice, that's why I had to make this decision. I took two wrong decisions for her life. The first one sending her to Chittagong to work as a maid and the second one in getting her married. I didn't know it would turn out like this. I always tried to give my kids a good life but I failed. We never had enough food, no good shelter, they were never able to get an education. I failed."