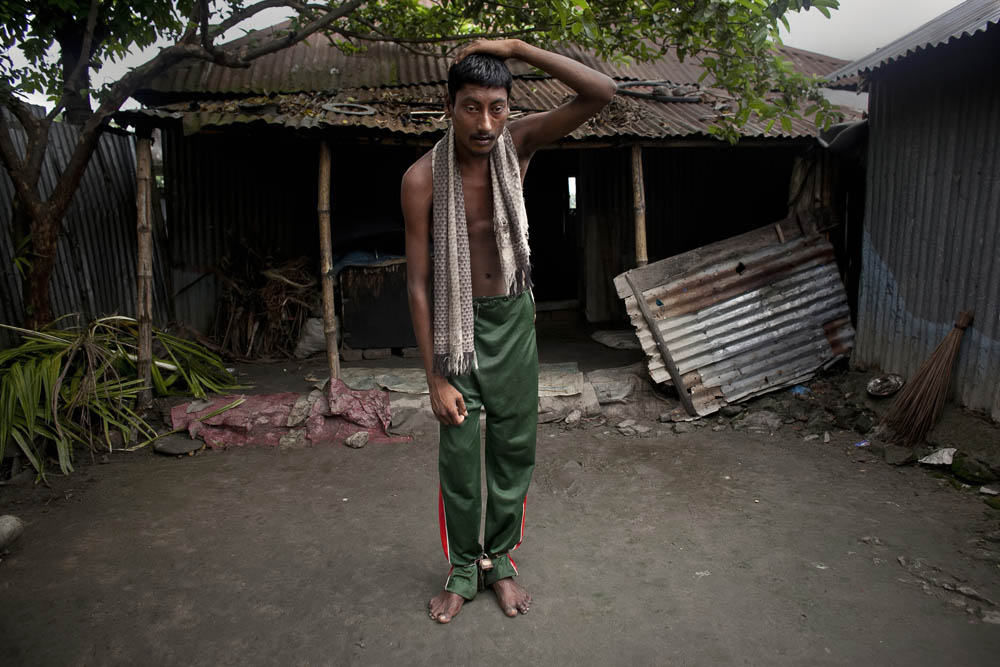 Mentally ill 22 year old Rofikul walks outside his home while his legs are chained August 26, 2014 in Pabna, Bangladesh. Rofikul is unable to speak and often gets violent, but doctors at Pabna Mental Hospital certified him mentally fit and discharged him. His family occasionally chains him because he runs away into town and becomes violent with people, and they feel that they have no other options. Mental health in Bangladesh is largely neglected and under financed, and the stigma of mental health is huge. In rural areas there are few doctors and families generally take the patient to a traditional healer first, who usually tries to exorcize the Jinn (spirits) with holy water and versus from the Koran. Families who have a mentally ill family member sometimes tie them up out of desperation and lack of education and options. There is only one government run mental hospital with 500 beds in the entire country. Less than 0.5% of government health budget is spent for mental health. Allison Joyce/Redux