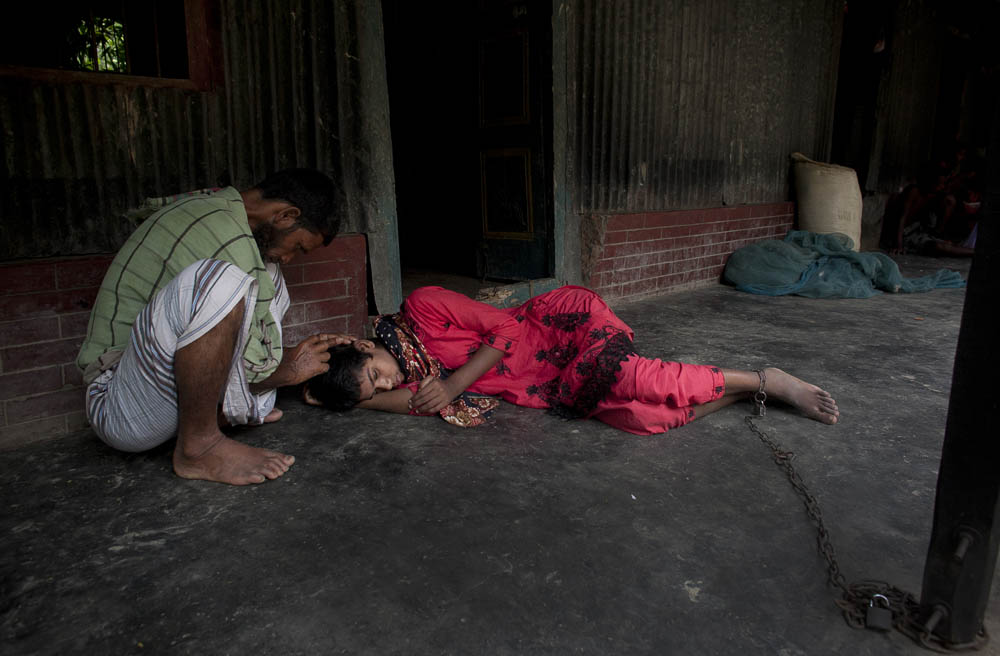 16 year old schizophrenic Tara Banu has her hair done by her father August 25, 2014 in Pabna, Bangladesh. She tried to commit suicide by hanging herself 2 years ago and her family says she has been mentally disturbed since then. She spent 5 1/2 months at Pabna Mental Hospital where she was diagnosed with schizophrenia, and the doctors recently discharged her and sent her home telling her family that she was cured. Her family chains her because she frequently tries to run away and harm herself, and they feel that they have no other options. Mental health in Bangladesh is largely neglected and under financed, and the stigma of mental health is huge. In rural areas there are few doctors and families generally take the patient to a traditional healer first, who usually tries to exorcize the Jinn (spirits) with holy water and versus from the Koran. Families who have a mentally ill family member sometimes tie them up out of desperation and lack of education and options. There is only one government run mental hospital with 500 beds in the entire country. Less than 0.5% of government health budget is spent for mental health. Allison Joyce/Redux