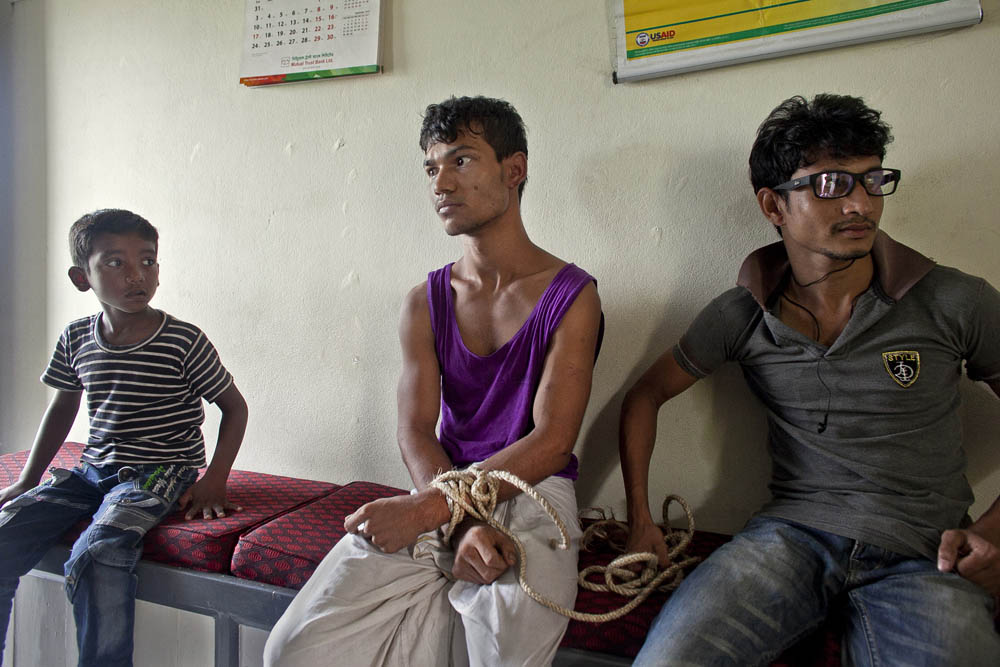 26 year old Monirul Islam waits in a doctors office for a checkup before his family admits him to Pabna Mental Hospital August 21, 2014 in Pabna, Bangladesh. Monirul takes yaba, a methamphetamine which translates to \"crazy medicine\", cough syrup and marijuana daily and often becomes violent towards his family. Mental health in Bangladesh is largely neglected and under financed, and the stigma of mental health is huge. In rural areas there are few doctors and families generally take the patient to a traditional healer first, who usually tries to exorcize the Jinn (spirits) with holy water and versus from the Koran. Families who have a mentally ill family member sometimes tie them up out of desperation and lack of education and options. There is only one government run mental hospital with 500 beds in the entire country. Less than 0.5% of government health budget is spent for mental health. Allison Joyce/Redux