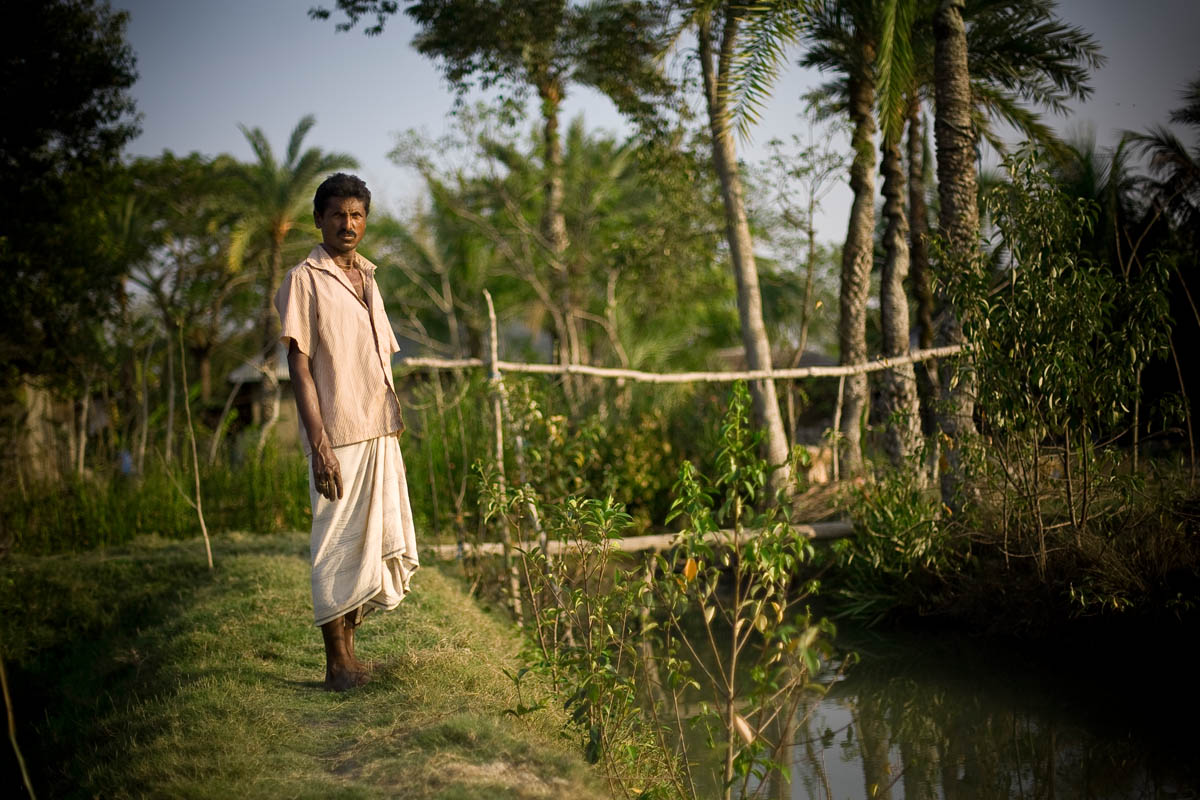 Jungle Kumar Vungi, 41, lives in Milgung. His wife, Brinde Bai, was killed by a tiger a year and a half ago. “I was born and raised here. When we were married, I was 25 years old and Brinde Bai was 18. She died a year and a half ago from the tiger attack. My wife and I went into the jungle to collect crabs. We found no crabs, so on the way out we stopped to collect firewood. When we were walking back to the boat, the tiger jumped on her back. I never heard it coming; it was just suddenly on her. I made noises to scare it off but it dragged her into the jungle. When the tiger attacked I suddenly felt nothing. I thought my heart would stop and was terrified. I knew if I went into the jungle after her I would die as well; I knew she was dead when the tiger dragged her away. I went back to the village and arranged for 50 people to go back into the jungle and get her. Her body was about 20 meters from the place where she was attacked. After her death I became weaker. I never stop thinking about her. I remember over and over again that she died before my eyes. I have not gone into the jungle since her death. Now I work in town as a laborer. It brings me less money but I make enough to support my family. When my wife was alive our family was much healthier and wealthier. Now everything has declined. I remarried 7 months after her death and my new wife is too shy to work. I will never go into the jungle again. I miss her.”