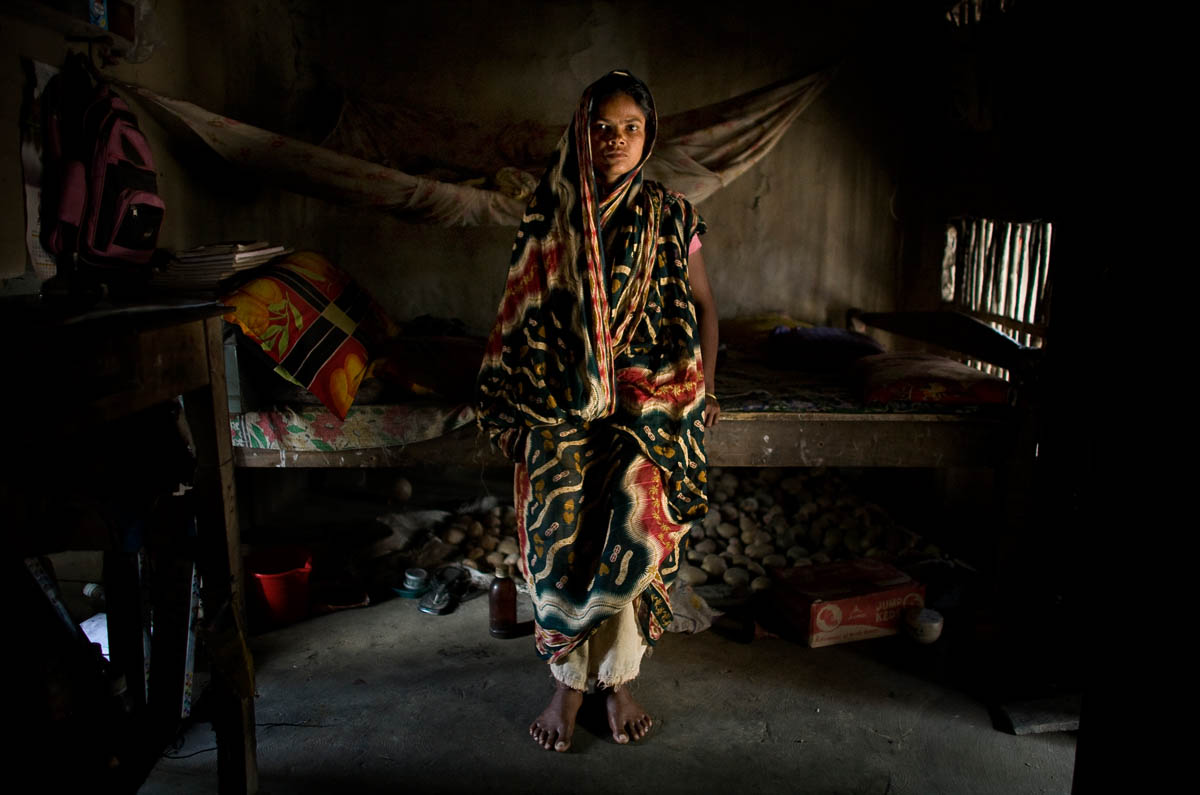 Ali Moti is photographed in her home in Moturapur. She doesn't know how old she is, but guesses she is 25. Her husband, Nabo Kumar Mandol, was killed by a tiger last year while he was fishing in the Purakalla canal. Ali was cooking in her neighbor’s house when she was told about the attack. “When I heard this I was senseless, crying. I had to be carried home and was unconscious about 30 minutes. The forest response team took my husband’s body back to this town; I fainted again when I saw it.”

Ali must work to support herself and her two children, as well as a brother and sister-in-law. She now has a job repairing the roads in her town and earns 1,500 taka (about 14 usd) per week. Her brother-in-law is too afraid to work in the jungle. He works on the mainland, and jobs are scarce; although he looks for work every day, he has not managed to find more than two days’ work each week. Her son catches crabs close to the mainland, not in the forest, making only 20-50 taka (18 to 46 cents) per day.

“I was 15 when my mother and father told me I was going to be married. I didn't want to leave my parents and live with a man I didn’t know, so I tried to run away. My husband and I had a good marriage and a good life. He loved me and I was fortunate because my sister- in- law and I became very good friends. She will be married soon. I don’t miss my husband; I can survive by myself and take care of my son and daughter. Things are okay but sometimes I have to borrow money. Things are not good, but okay.”