Bangladesh: Climate Change: Life and Death in the Sundarbans: SUNDARBANS27 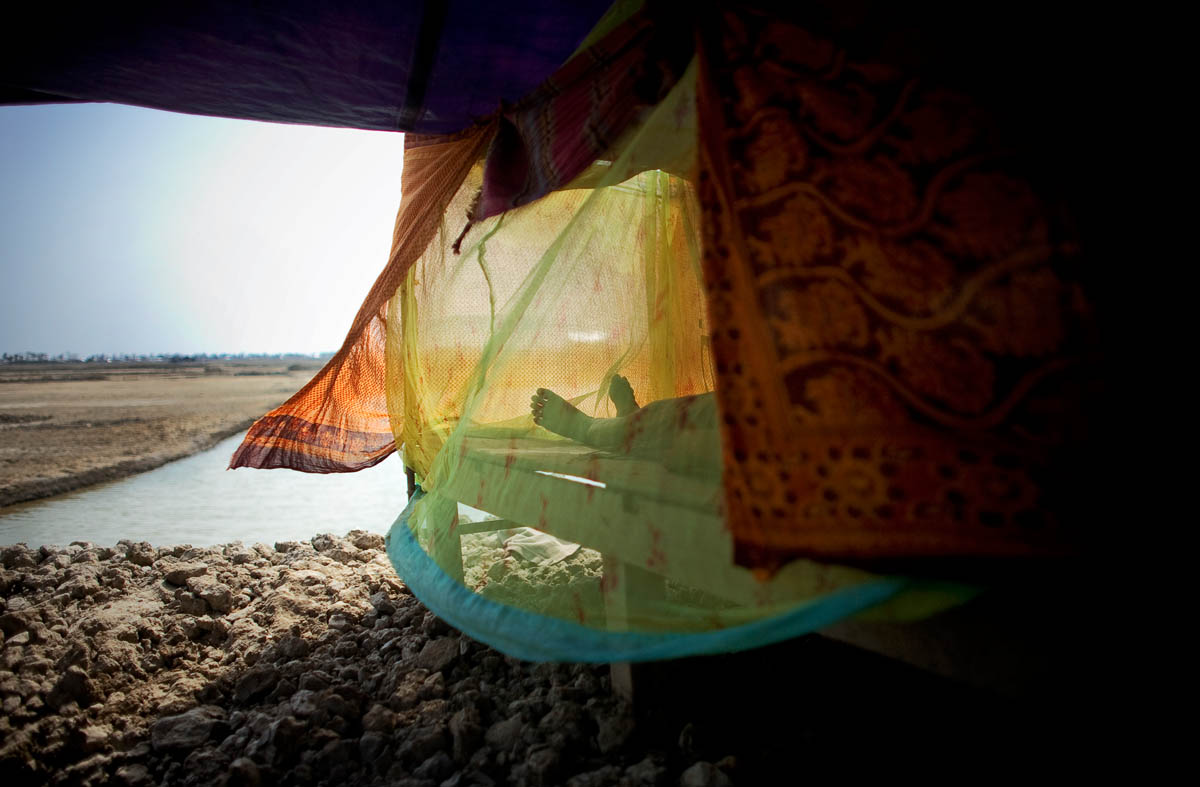 The body of Muhammad Alu is laid out before buriel. Muhammad was killed by a tiger in the jungle where he was hunting for honey. After countless hours of tracking honey bees through the dense Mangrove forest, Muhammad and five friends lost their way and decided to head back to their boat on the Talputi Canal. Suddenly, he cried out as a tiger attacked him from behind. His friends immediately began shouting and running toward him, scaring the tiger away, but it was too late. Muhammed left behind four sons and his wife, Rashida Begum.