Bangladesh: Climate Change: Life and Death in the Sundarbans: SUNDARBANS22 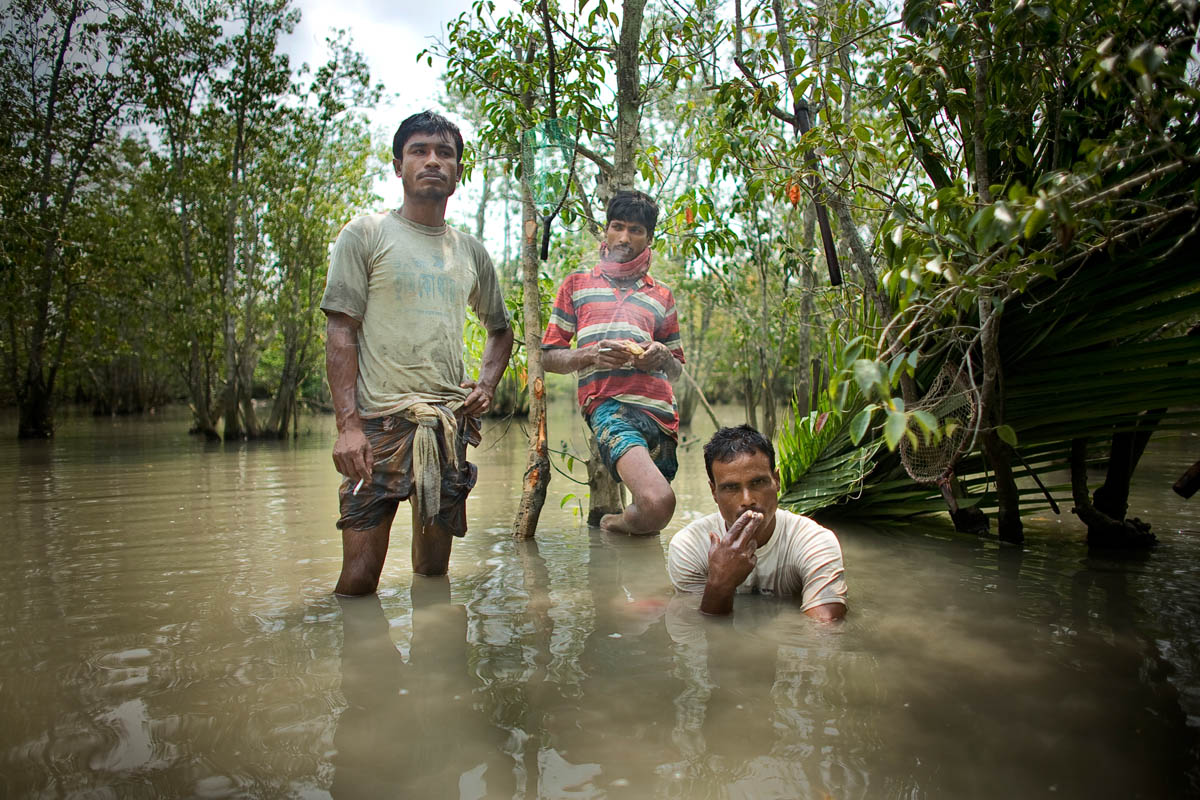 Khalil Gazi (left) and his relatives collect crabs in the jungle just 10 months after his wife Nasima was killed by a tiger that pounced on her from behind. He drove the tiger away with a tree branch, but could not save his wife. As she lay dying on the river shore, she hugged Khalil and made him promise never to come to the forest again. She whispered to him, "What will happen to our children if a tiger attacks you?"

"I often think of Nasima when I am in the jungle and am sad when I remember how I had to carry her dead body out of the jungle. Now I have to keep living for my children because I have to educate them and try my best for them.”  Two months after Nasima's death, Khalil sought employment away from his village. He was unsuccessful in finding a job in Bandarban but eventually got a job as a laborer in Jessore, earning 500 taka (around 5 usd) per week. Illness forced him to move back to his village and he had to rely on his parents to pay 35,000 taka (324usd) for his medical treatment.  He still remains there and reports that he makes his living by collecting crabs from the canals, selling shrimp, and honey hunting.  He is worried about the tigers but feels that he has no other option. Although working as a laborer was safer, he earns more money now.  Three of his children go to school and he married Rena Begum five months ago. "The first time I entered the jungle after Nasima's death I was terrified and it took 4 to 5 months for me to feel normal in the jungle again.  Since being back home in the Sundarbans I am happier than I was before."