Bangladesh: Climate Change: Life and Death in the Sundarbans: SUNDARBANS09 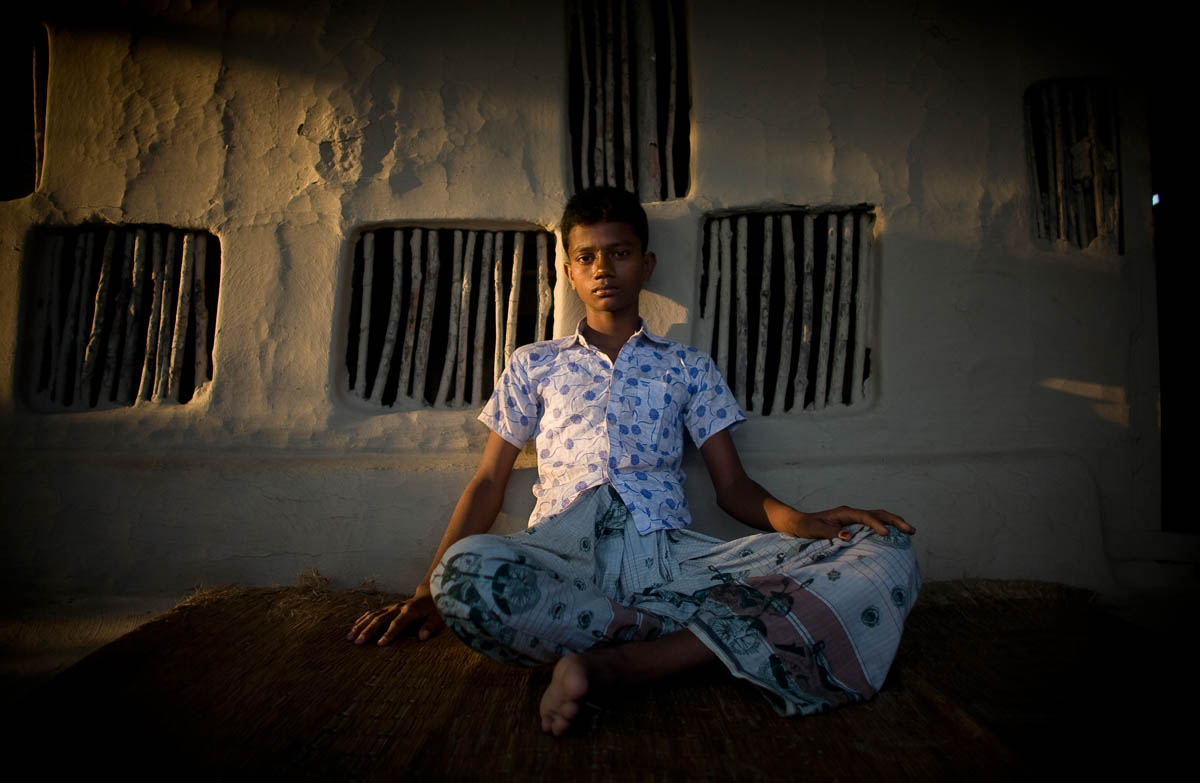 Rahul Morol, 14, is photographed outside his home one year after being attacked by a tiger while fishing with his cousin. “After the attack it took one and a half months to fully recover. Before the attack I was not afraid of tigers, but now I feel afraid."

Rahul no longer works and has vowed never to return to the jungle. When his father ventures into the jungle, he fears for his safety, remembering the horror of the tiger attack. His cousin, too frightened to continue living and working in Jotinronaghor, left Bangladesh after the attack and now works as a painter in India.  Ruhel plans to be a shrimp farmer in the future and says, “I have no other plan. No other option.”